Tennis off to strong start in spring season 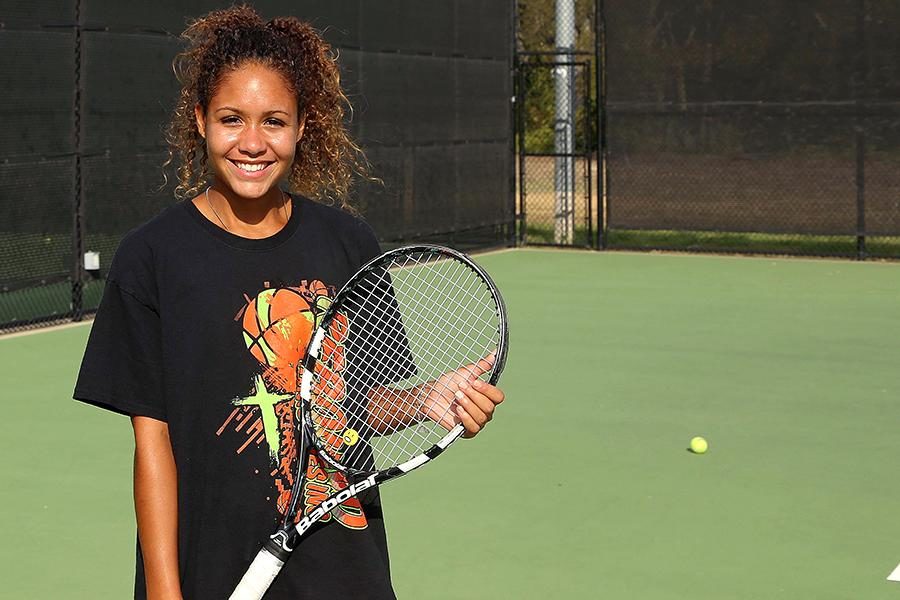 Senior Brittani Brooks is one of the leaders for the tennis team this season.

Early victories in the spring season, including several in a Feb. 19 tournament in Corsicana, have the tennis team focused on improving on last year’s third place state finish.

“Our ultimate goal is to try to win a state championship,” head coach Adam Cherry said.  “So far we have won two tournaments as a team this spring and have won a lot of individual medals.”

Cherry said the team has been playing tournaments almost every Friday and some Friday/Saturdays since Jan. 22 to prepare for the district tournament on April 11-12 at El Dorado Country Club.

“At the district tournament, the top two singles players or top two doubles teams advance to the Regional Tournament in Rockwall,” Cherry said. “I hope to get kids to Regionals in 6-7 out of 10 events.”

“Our main competition in district is McKinney North who has some of the best boys in the state,” Cherry said. “We should win district championships in girls singles, girls doubles and mixed doubles. Getting to state requires finishing first or second at the regional tournament.  Senior Brittani Brooks is a favorite to make it, as she has only lost one singles match to a 5A school this spring.”