Wrestling to compete in district 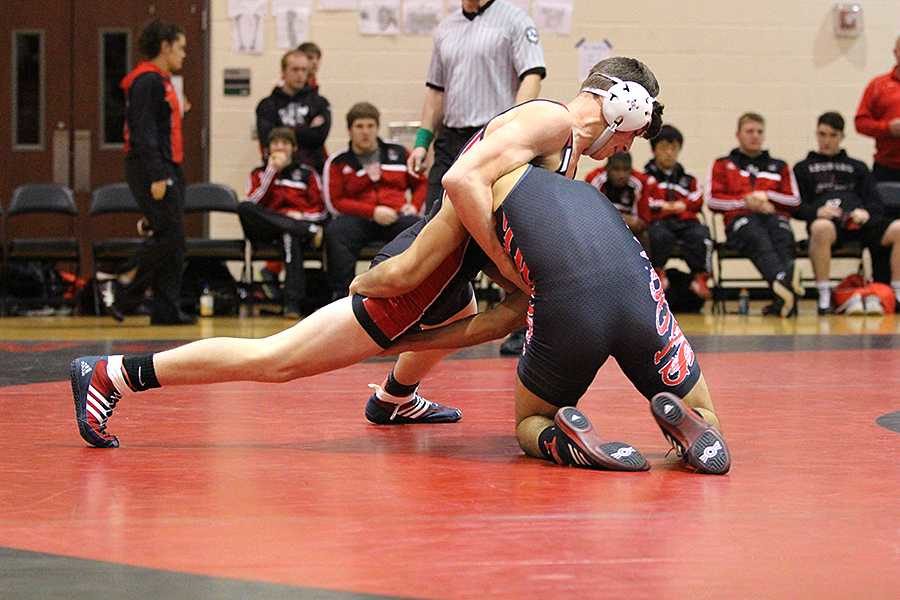 Junior Parker Rexford (left) grapples with his Coppell opponent during a meet at Sloan Creek on Jan. 22. Both boys and girls are in action at the district meet today.

The wrestling teams have just completed a successful season of dual meets, and are prepared for the district meet, hosted here on Thursday, Feb. 4.

“We ended up placing third in duals for the boys, so Rockwall Heath is the favorite,” head wrestling coach Michael Eaton said. “Wylie is up there, and we think we are in that mix too.”

As for the women’s side of district, there are less teams involved which brings less competition to the district meet.

“On the womens side it’s Lancaster, Rockwall Heath, McKinney, and us,” Eaton said. “There’s not as many girls, so I would think Lancaster is a team to beat. They’ve got a couple more girls over there.”

The tournament is organized as a single elimination, eight person bracket for each weight class. There are 14 weight classes for the boy and 10 for the girls. The top four wrestlers in each bracket advance to the regional tournament.

“The other five teams in the district are McKinney North, McKinney High, Wylie East, Lancaster, and Midlothian Heritage, so they’ve got some good individuals too, but Heath is probably the team to beat on the men’s side for sure,” Eaton said.