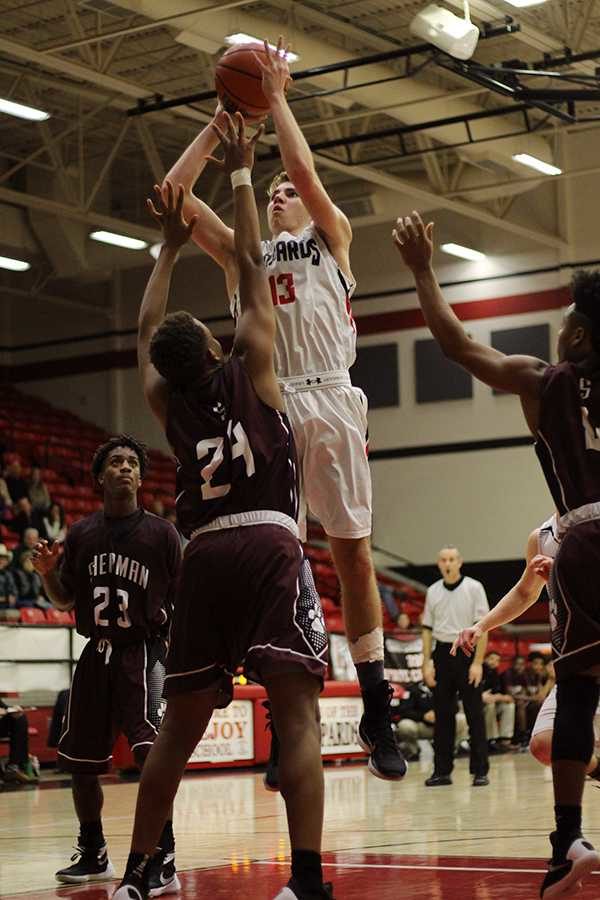 Varsity boys basketball will take on Wylie East at home at 7:30 p.m. in hopes of improving their 2-6 district record.

“We need to do a better job of attacking their [East] zone than last game,” head coach Kyle Herrema said. “We feel like we have some areas that are vulnerable for us to exploit.”

Wylie East is right on the bubble of making the postseason playoffs standing at fifth in the district. The top four from each district get the chance to play in the state playoffs. With Lovejoy currently standing just behind East at sixth, this game has an impact on both teams’ playoff hopes.

“We have done lots of scouting, and preparation for the different defences they [East] have,” Carswell said.

East is coming off a district win against Prosper on Tuesday, with Jared Wyatt and Justin Bailey combining for over half the teams points with 38. The Leopards will have to stop the senior Wyatt to have a chance against the Raiders.

“We took a look at the last game’s video to see the gaps that are available and spent a good portion of practice breaking down their defense,” Herrema said.