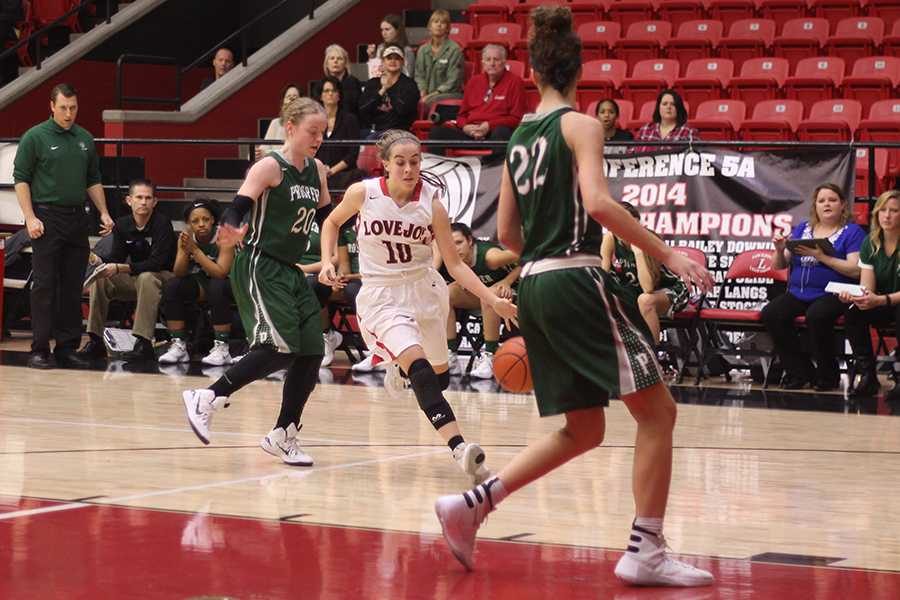 Kaylee Rekieta dribbles the ball across the court in a game against the Prosper Eagles.

Head coach Lance Boxell’s focus this week was working on how to be more effective offensively versus McKinney’s zone defense.

“McKinney High was one of only two teams that beat us twice last year,” Boxell said. “We are 3-3 in district play and we are currently tied with Wylie East for the last playoff spot.”

“We are working on attacking their 2-1-2 zone that they will be laying against us and we are working on feeding the ball into our post players,” sophomore player Taylor Meixelsperger said.

McKinney’s leading scorer, sophomore forward Quincy Noble is averaging 16.7 points per game and she had 22 points in her team’s 60-59 win over Prosper on Tuesday night. Sophomore guard, JaMiya Braxton is averaging 13.3 ppg and had six games in a row with at least 12 points over the course of the season.

“We have played better than I thought we would do because we are such a young team,” Lyne said. “We haven’t let any teams discourage us.”