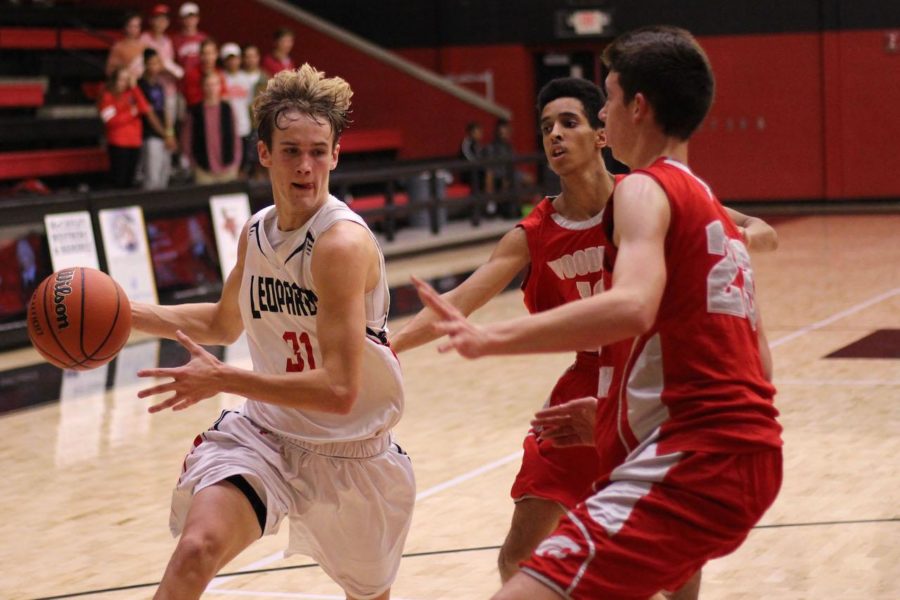 The Leopard boys basketball team, currently 1-3 in pre-district play, are preparing to play in the Carrollton-Farmers Branch tournament this weekend, Dec. 3-6. Last game, the Leopards were defeated by Trinity Christian Academy 47-31. Braden Ledebur led the way for the leopards with 20 points, and Jackson Carswell right behind him.

“We have gone over all the offensive strategies, and practice to perfection to prepare for the tournament this weekend,” junior Jackson Carswell said.

In the first round, the leopards will be facing off against Irving Nimitz then play either Newman Smith or Bishop Dunne in the second round. Wylie will also be in the tournament, giving the team and head coach Kyle Herrema the chance to see one of the teams that they will be facing in district play this season.

“Right now, a lot of it [preparing for the tournament] is to integrate the guys coming from football and to get everyone in the right spot and have them learn what we are trying to teach in the program,” Herrema said. “But specifically for Irving Nimitz, they pressure a lot so we are going to have to learn how to deal with cutting back door and handling the pressure.”

Irving Nimitz is 1-2, just coming off a extremely close loss to the Hillcrest Panthers. The team is led by Jared Jenkins and Eric Alex. The leopards will have to shut them down to improve their chances in winning.

“We have been practicing well lately, Junior Varsity has been doing a good job scout teaming for us,” senior Drew Hawley said. “Despite our record, we’ve already played against some of the hardest teams that we will play all year.”