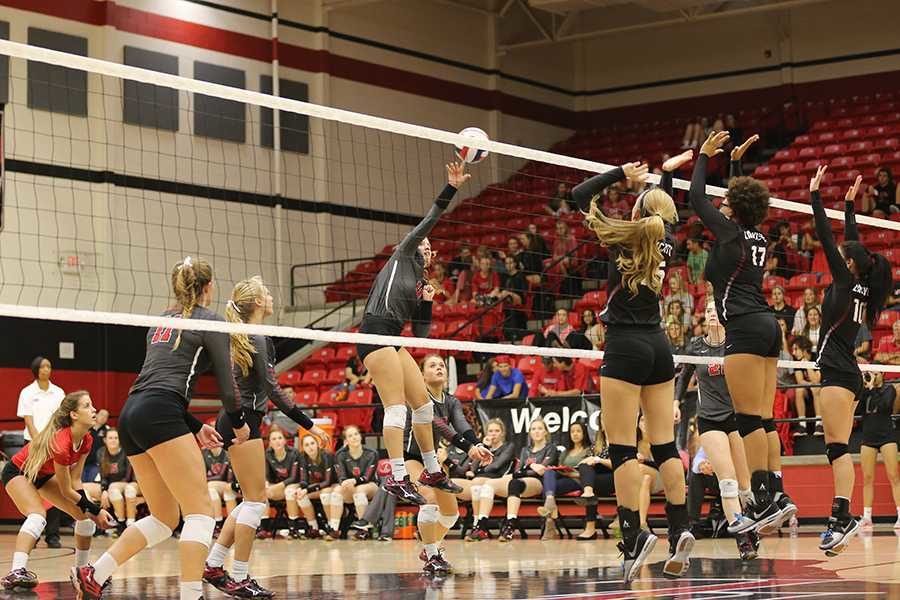 Outside hitter goes in for a kill

Students will pack the gym at McKinney North High School this Friday at 6:30 p.m. anticipating yet another competitive match between the Leopards and the Prosper Eagles.

Both teams find themselves in the same situation as last year. As each team has a 13-1 district record, the district champion will be crowned based on the results of Friday night’s match-up.

“I feel like a lot of us are getting really excited going into playoffs, so we are taking this more as a game that in or lose we need to start getting ready for playoffs,” senior Jordan Fate said.

“The environment of the game tonight will be very competitive,” senior Sarah Langs said. “It will resemble a playoff game, because we have a very high chance of playing them later on in playoffs.”

Look for both teams to bring their A-game on friday and add to the numerous memorable games between the rivals.

“The excitement in the gym this week has fun, and even though we played them a lot we just like playing our rival, because we know so many of the players on their team,” senior Jordan Fate said.