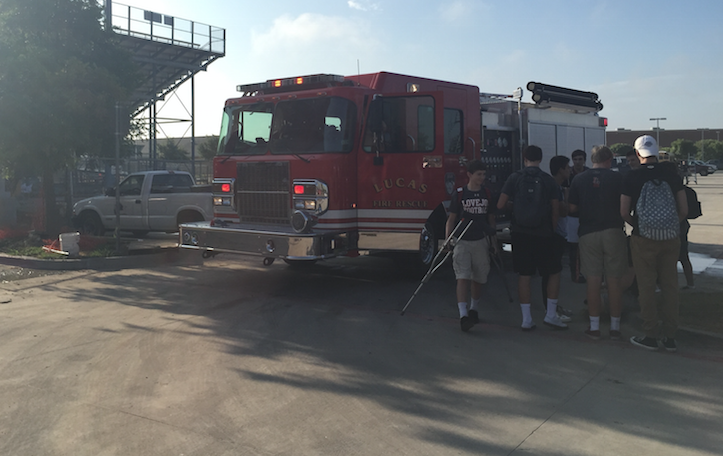 Football athletes were forced to wait outside the indoor facility Thursday morning during first period as a ball accidentally turned the fire sprinklers on.

Watching a fire truck pull up to the indoor athletic facility Thursday morning, some students were left wondering what happened as the first bell rang for school.

“Joey Brookhart kicked the football into the fire alarm/sprinkler thing,” sophomore Carter Griffith said. “It broke off so the sprinklers wouldn’t stop. So it started flooding the indoor.”

Football players were not allowed inside the facility and had to wait outside for over 30 minutes while firetrucks showed up in an effort to fix the flooding. Nobody was allowed inside. Check back on Twitter for further updates.