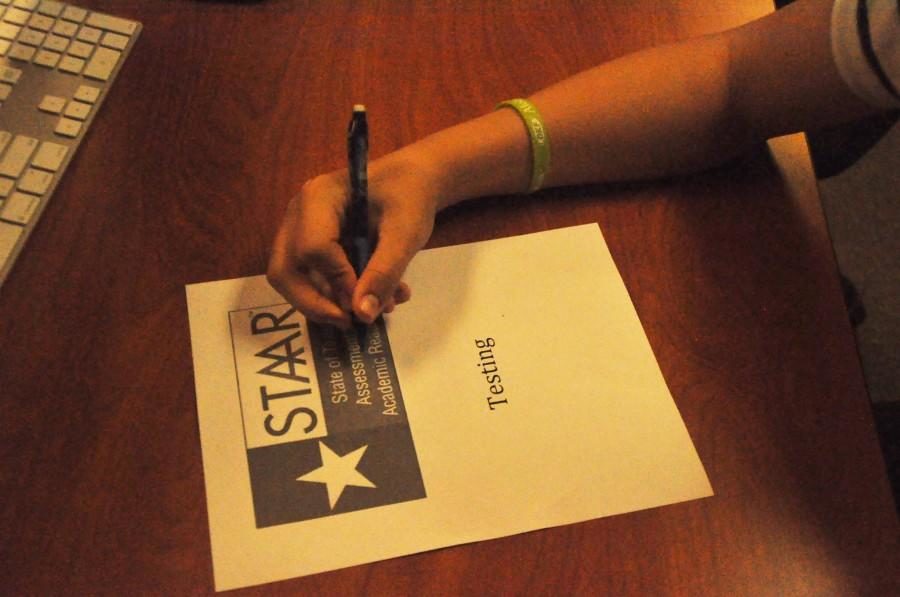 The state mandated tests will be different for students in the upcoming school year.

For the first time in three decades Pearson will not be developing and administering Texas state tests. ETS (Educational Testing Service) will be stepping in and taking their place for the next four years.

“Well I think it was clear that the way the testing had been developed and was being implemented was harmful to our children,” Texans Advocating for Meaningful Student Assessment co-founder Dineen Majcher said to the Dallas Morning News during an interview. “When we looked at the actual data and what we saw was that there was an increase in testing over the years. The students performance improved because the students learned how to take the test, but the national data showed that the state has flatlined for 15 years. This means that the state standardized test was not helping us, not even with SAT scores.”

The price for testing is high, 428 million dollars are spent throughout a five year contract on tests.

“State testing helps students learn to use test taking strategies and apply them,” counselor Amanda Breeden said. “That includes studying and learning the material throughout the year.”

Students have mixed feelings about testing but some feel that more students would study harder and prepare better if they could be counted as a grade.

“I think that there would be many issues if the test scores could be used as grades,” rising sophomore Alyssa Difiore said. “But it would also get students to try harder and prepare better for the tests because it could mean the difference between failing and passing.”

Teachers are skeptical about the new tests and whether or not the will be different or improved versions of the previous tests.

“I am not sure how the new tests will be developed,” English teacher Misty Benson said. “If the new tests are different, I’m sure many teachers will have trouble adjusting to teaching in a new way so that the students can be prepared for the tests.”

Although state testing has gone from TABS to TEAMS to TAAS to TAKS (revised) to TAKS to STAAR to STAAR (revised), some teacher think it will not make a different on campus.

“Throughout my years as a teacher, there have been many versions of state tests,” world geography teacher Greg Fisher said. “I think that the Lovejoy students have been able to adjust well.”