The city of Allen grows with the Bethany Complex 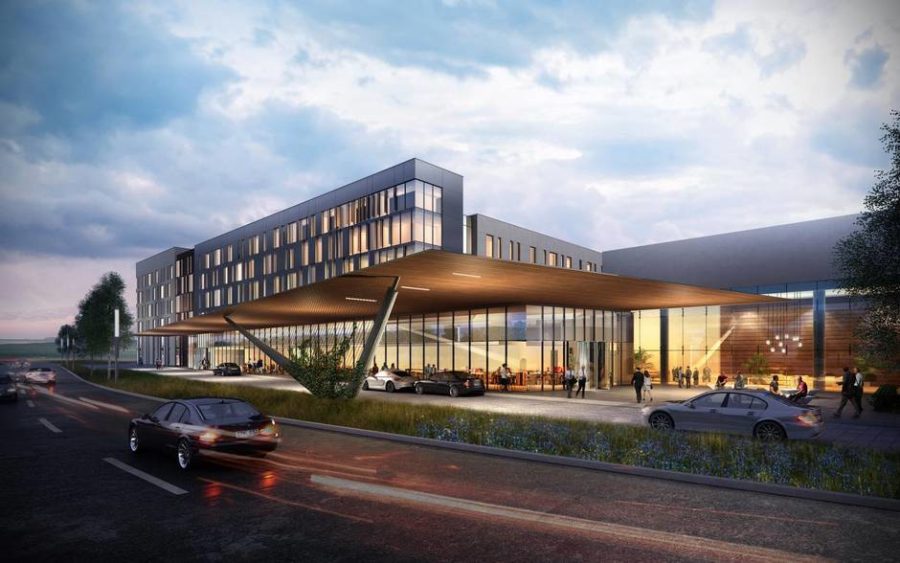 The $60 million dollar Allen football stadium will soon be trumped by the new construction of the $85 million dollar convention center, hotel complex, and office buildings off of Bethany. Construction workers broke ground next to the popular Watters Creek shopping center, and expect to finish the first stage of building this winter.

“The City of Allen is currently building AllenPlace, which will consist of four three-story office buildings,” Business Retention & Expansion Coordinator Tracey Cline said. “Currently, about 97 percent of the office space in Allen is filled, so there is a desperate need for these to be built. We were having companies coming to us looking to settle in Allen, and we had to send them elsewhere because it wasn’t possible to accommodate them.”

The construction doesn’t stop there. Watters Creek Office Park and the Watters Creek Hotel and Convention Center will soon pop up.

“The hotel will be wonderful,” Cline said. “It will be at least a four-star, 290-key hotel attached to the convention center.”

The city hopes that the convention center will bring in more companies, meetings, and the bottom line: business.

“There is a great demand in this area for a facility to house a small convention,” Allen Mayor Stephen Terrell told the Dallas Morning News. “Now is the time — time for us to get going and expand.”

Advocates hope that families and businesses alike will be attracted to the “small town charm” and the booming business that will coexist in Allen.

“My motto is: Allen is the best place to work, live, and play,” Cline said.