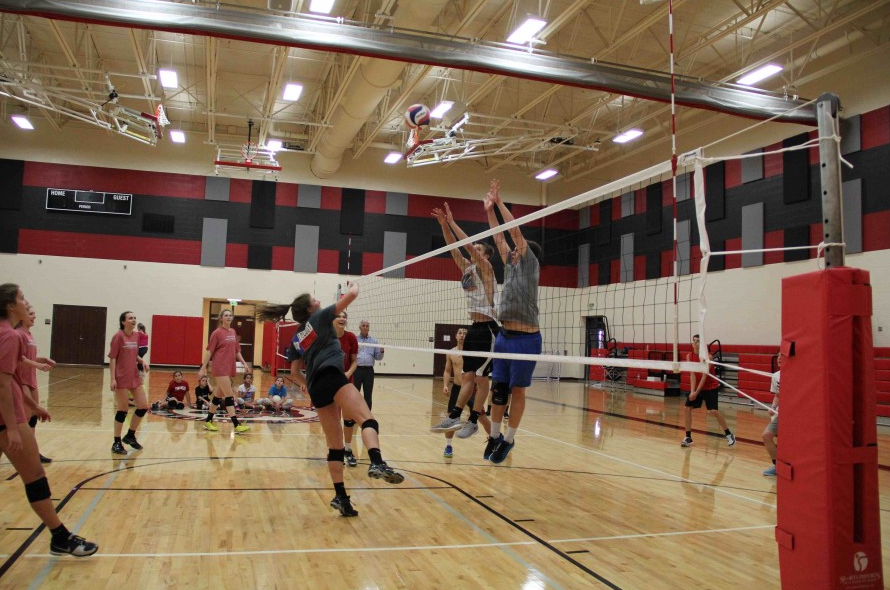 In its first season, the boys volleyball team finished the regular season with a 6-0 record and takes on Dallas Jesuit Tuesday in the auxiliary gym at 7:30 p.m. for the TBVVL Championship. With not enough guys to always play against each other, the team got to this point by occasionally playing the girls in practice.

In its first year as a club sport on campus, the boys volleyball team takes on Dallas Jesuit  Tuesday night at home in the first ever Texas Boys Varsity Volleyball League championship.

Listen below as The Red Ledger’s CJ Vogel talks with volleyball player Luke Parker about the season and Tuesday’s game.