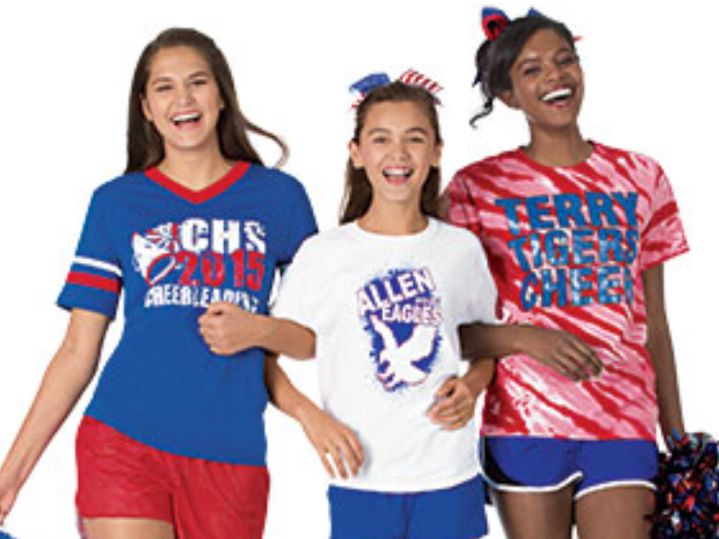 The high school has a variety of personalities, styles, and hobbies. For freshman Jacqueline Genovese, photo shoots and runways are her hobby. She has been modeling for just a short time but has already had some success in the catalog area of modeling.

“I like being a model because you get to experience things you wouldn’t if you were just being yourself,” Jacqueline said. “You get to try on different clothes and act more superior than you actually are.”

Being a model often lets people find out more about themselves than usual.

“It’s cool because they kind of type book, which means they book a job depending on how you look,” Jacqueline said. “You get to see if your personal look is the look for a line, design, or certain photoshoot.”

Jacqueline is not the only model in the family. Mom, dad, and brother also join in on the modeling fun.

“My favorite thing about modeling is you get money,” seven-year-old brother Cash Calhoun said. “It’s cool that our whole family can get money for looking good. But if I could model for one thing it would be a baseball commercial.”

She may not be modeling uniforms, but there’s something to be said for modeling the latest fashions.

“All the clothes that you get to try on is definitely a perk,” Jacqueline said. “Also, you are always the first person to see what is coming up in the new styles. So I wear them in the photo shoot but then I know what is trending for the next season.”

Jacqueline has only been a model for a short time but her career is starting to gain traction.

“I haven’t been signed with the agency for long but I have gone on a James Avery audition and was booked for a cheer catalog,” Jacqueline said. “But I have done some prior things in my youth because my mom was also a model. We did some baby-mommy shoots.”

Jacqueline’s mom, Shelly Genovese, was also a model in her youth.

“I modeled in Dallas since I was 15 so I thought Jay should try it out and see if she enjoys it,” Shelly said. “But I stopped modeling about 10 years ago. But when we lived in New York when she was a baby we did some catalog work together.”

Shelly’s husband, Heath Calhoun, is also in the business.

“I enjoy modeling because of the money,” Heath said. “I used modeling as a foot in the door for acting. Then directing and producing movies. That’s my passion.”

According to the youngest model in the family, there are some disadvantages to being a model.

“On bad days you don’t look so good and that is not good for models,” Cash Calhoun said.

Missing school can be hard for some people but Jacqueline has figured out how to manage it when she misses class due to modeling.

“I always know when I am going to have a shoot or audition so I get my work done prior to it and make sure all my grades are up to par before I leave,” Jacqueline said.

Even though Jacqueline finds this a fun hobby now, the future modeling business might not see a lot of her.

“I don’t want to be a model or continue what I’m doing now when I grow up,” Jacqueline said. “I find this more of a hobby and not really a stable career. When I get older I want to go into something that I know will support me and my future family.”