The problem with the parkway 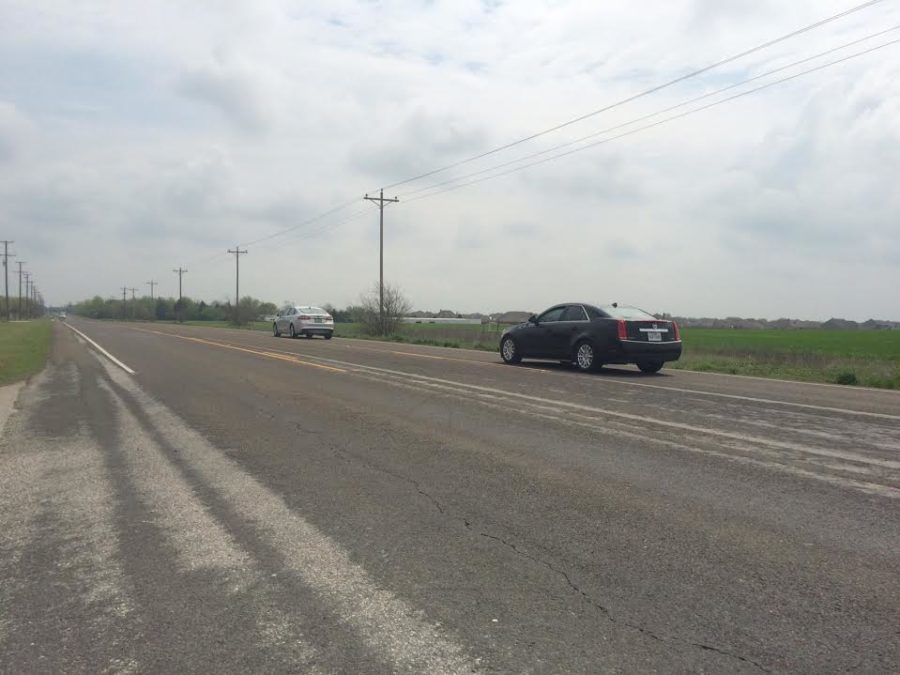 Traffic on Estates Parkway has become a problem in front of the school as more and more cars enter and leave campus. With the school’s enrollment continuing to get bigger and expansion on the building set to begin, the future of the only street in and out of campus has yet to be determined.

“The decision of whether or not to expand Estates Parkway beyond its current two lanes will be made by the Texas Department of Transportation, rather than the city of Lucas. Estates Parkway is a state road (FM2514) and as such, comes under state jurisdiction,” Lucas city mayor Rebecca Mark said. “We would hope, of course, that the state would work with the City in making the ultimate determination of whether or not the road needs to be widened. Currently, Estates Pkwy. is considered a minor collector road, so it generally would be lower on the priority list of being expanded.”

The expansion of Estates Parkway is something that has been debated before.

“Last fall the city of Lucas, due to ongoing safety concerns, asked the state to consider widening Estates Parkway from roughly in front of the high school westward to Angel Parkway. The state decided not to fund the project, so the city of Lucas did look into the cost of financing the project ourselves,” Mark said. “However, due to the cost estimates we received and budgetary concerns, we decided not to proceed with the project at that time.  It is an issue that very likely will need to be revisited in the future.”

The decision on if a road is to be expanded is not a quick and simple task, with many factors going into the decision.

“The state may take several things into consideration, the most important being how the road fits into the overall transportation plan,” Mark said. “They look at the amount of traffic on the road, and whether or not the road is considered an ‘arterial,’ meaning it serves as a major thoroughfare for moving traffic between one area of the county to another, a ‘major collector,’ which is the category below the arterial, or a ‘minor collector’ road. During recent years, the state has faced an increasing problem with funding for highway projects. As a result, it is sometimes difficult to get the state to agree to fund projects that are not on their priority list.”

With traffic being a problem on the road, the number of accidents has slightly risen.

“I don’t keep stats as far as how many but I’d probably say it’s maybe a little more,” School Resource Officer Mark Mitchell said. “I would love for them to [expand].”

Senior Mario Sinacola, who got into an accident after school one day, thinks it’s time for something to be done.

“I pulled up to the stop sign going to exit school and while I was stopped the kid behind me forgot to stop and didn’t press the brakes and hit me,” Sinacola said. “Without lights, exiting the school parking lot is next to impossible. I think that if the road was expanded, two lanes on each side, leaving the school would be so much easier and there would be fewer accidents.”