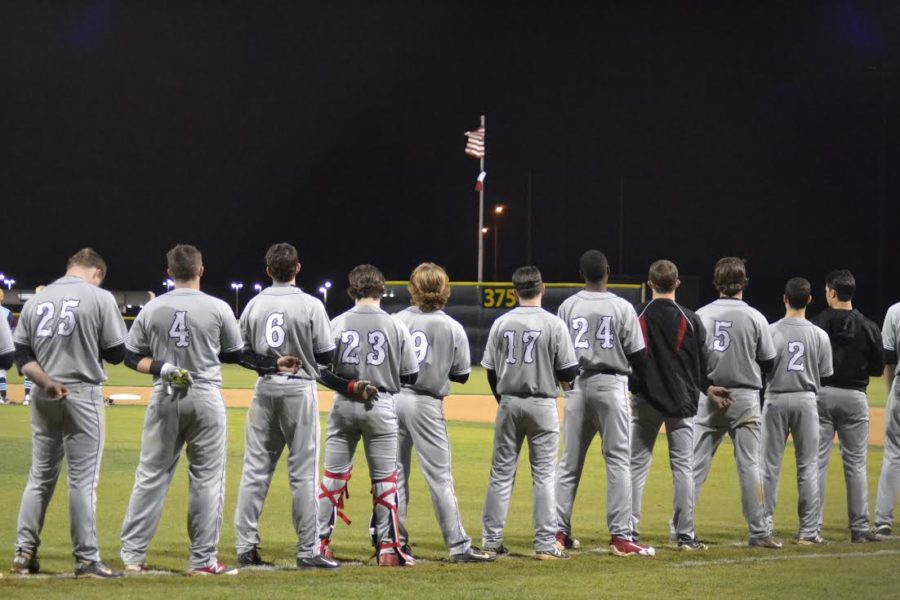 As the night draws near, the stadium lights begin to buzz and illuminate the night sky. Dugouts are littered with bats and gloves, hats and sunflower seeds. Spectators take a seat in the bleachers where they will watch two teams face off in a seven inning contest with no game clock in sight. It’s the start of another baseball season with high hopes for the Leopards.

“I have high expectations of this group,” head baseball coach Russell Reichenbach said. “We have incoming freshman who I believe have a lot of promise. We also have an established group at the top that I know want to end their careers on positive notes.”

In his final season, senior Brandon Provence expects a tough challenge, but one that will result in a trip to the playoffs.

“I strongly believe we are going to be district champs,” senior Brandon Provence said. “Prosper and McKinney North of course are our biggest rivals and biggest competition. It will be interesting to see how things between us play out. I have high hopes for us this year.”

Although there is no crystal ball that will let the team see its future results, they have a plan in place.

“We’re always going to compete,” senior John Weichel said. “All we can ask for is to keep getting better. You can throw us in against the Texas Rangers and we’ll give 100 percent and leave nothing behind. We spend all fall preparing for teams like Prosper, McKinney North, and Wylie East. Now is our chance to go and compete.”

Regardless of the competition the team will face in District 10-5A, the team is confident in its preparation.

“We have a tough schedule especially when it comes to district play,” Reichenbach said. “No one is intimated, we have been preparing for the toughest teams since fall. We know what we need to do and we have to always stick to the fundamentals.”