One Act Play kicks off the season at clinic 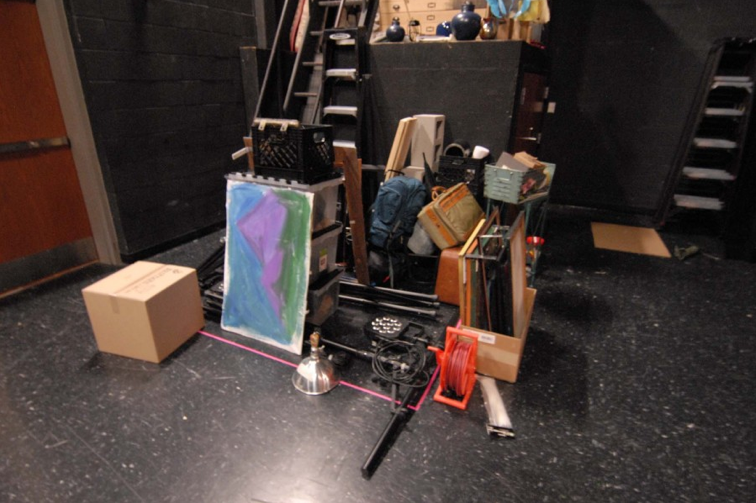 Each school is only give a certain box of space at clinic. All their set pieces must fit into the space.

The cast and crew of One Act Play traveled to Princeton High School on Saturday to attend their first clinic of the season. The clinic was held by prominent director and clinician Demond Wilson. Wilson has a B.F.A in Theatre from Southern Methodist University. He has also been the director of two state championship winning shows and is well known for his summer, One Act Play training camp, Perfect Performance.

“We just showed him our show,” stage manager Sonali Mehta said. “We went back through, stopped and started, showed him different things. He fixed our set, talked about the relationships between characters and helped us with things we still need to work on.”

The cast took a bus to Princeton at 1 p.m. and performed the show like they would in the real competition. The first competition of the One Act Play season is the District competition on March 26-27.

“We’re definitely still in the beginning stages of creating the show,” Mehta said “but I think he’s helped us get to the next level.”