Changes to come to press box 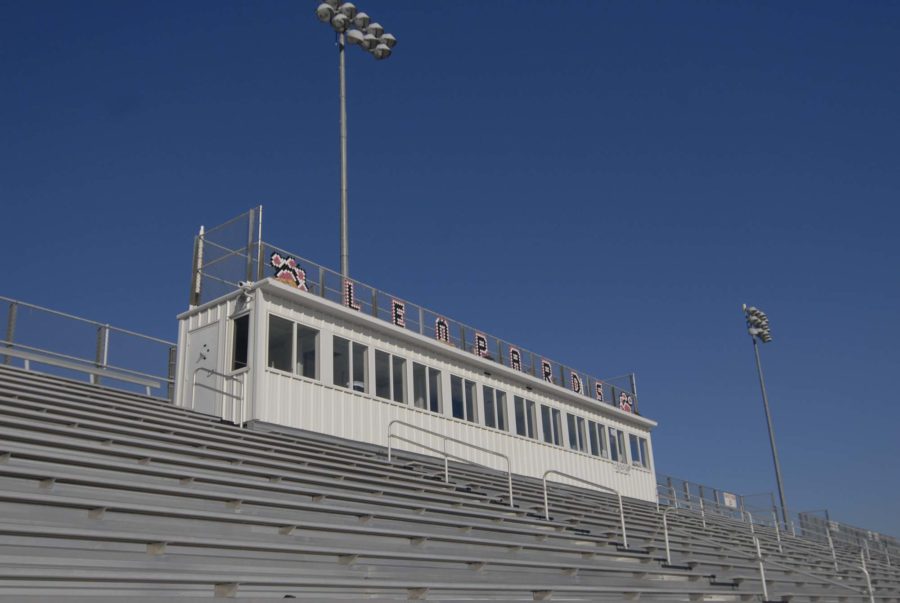 The press box will be entirely renovated as a result of the bond package.

The bond passed by voters in May provided funds for the expansion of the school, including several additions and improvements in the athletic department. While many of those will not be complete for quite some time, work on Leopard Stadium’s new press box will begin soon with an anticipated finish just five or six months away.

“The press box is scheduled to be started in the realm of March 18,” athletic director J.B. Puckett said. “It really depends on the weather. If weather plays a factor, it would be ideal to finish it before football season.”

The construction of a new press box will add to the look of Leopard Stadium.

“I think it adds to the beauty of the campus, specifically to the aesthetics of the athletic facilities,” head football coach Ryan Cox said. “It gives the athletic department an opportunity to enhance the culture at Lovejoy ISD, promote the LL logo, and improve the overall experience for athletes and fans.”

The new press box will offer new features that are designed to benefit the athletic department.

“There will be more space for athletic activities done in a press box during athletic events, such as radio space for both schools,” Puckett said. “There also will be a private entrance/exit for coaches, space for opposing scouts, and restrooms available to all workers, coaches, and media.”

With such large scale additions, the new press box does not come cheap.

“The construction manager estimates the press box’s cost will not exceed $1.3 million,” Puckett said. “This also includes other work around the stadium, like taking the old press box down, replacing fencing, repositioning lighting, and relocating sewer and communication lines.”

The new press box will benefit everybody who spends time in there, including football videographer Brenden Murphy who spends hours every Friday night taping the game for the team.

“It is exciting for me because I spend so much time in the press box,” Murphy said. “Since I’m in there for the long haul during games, I think it’s great that they’re making it the best they possibly can.”