Cheerleaders are athletes too 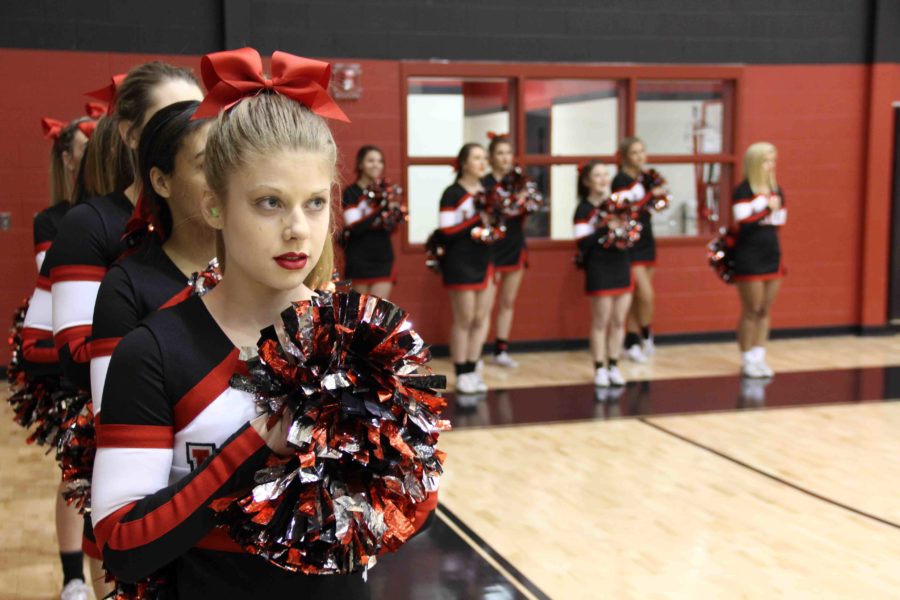 Some questions will never have a clear-cut answer. No matter what, some will say cheerleading is a sport, and others will say it is not. The majority of cheerleaders themselves will rule sport, but many will disregard that thought and claim they are biased. People will argue that an activity requiring makeup application should not fall under the category of “sport.” But to get closer to determining an answer, it’s important to have a neutral, knowledgeable approach to the situation and when that is done, it’s obvious that cheerleading  should be officially named a sport by the NCAA, and anything less is a tragedy.

So how do we actually define “sport?” It’s not quite as easy as it sounds. For football players, it may mean applying face-black, lowering your shoulder, and laying a hit on somebody. For a ballet dancer, it may be about simplicity and fluidity. The official definition of sport is: an activity involving physical exertion and skill in which an individual or team competes against another or others for entertainment. If you have been to a football or basketball game or simply watched a cheer routine through, then you would agree cheerleading matches up with this definition.

Another side of the argument is just the pure rigor of the sport. Members of the American Medical Association state that cheerleading is just as rigorous as other NCAA sports. Injuries are just as common too. Reaching heights of ten to twenty feet in the air is one red flag of an injury waiting to happen. According to Dr. Samantha Rosman, a Boston-area pediatrician, cheerleading is a leading cause of catastrophic injuries in female athletes. It only seems fair to treat these dangers with the same respect as we do with their football and basketball colleagues.

No matter who you are, it is fair to say that we don’t treat cheerleaders and female athletes in general with the respect they deserve. They are committing and putting themselves at risk to the same degree of many male athletes we admire. Just because a sporting event may not be right down your alley, doesn’t mean it is proper to belittle it.