Toyota’s move could impact the district 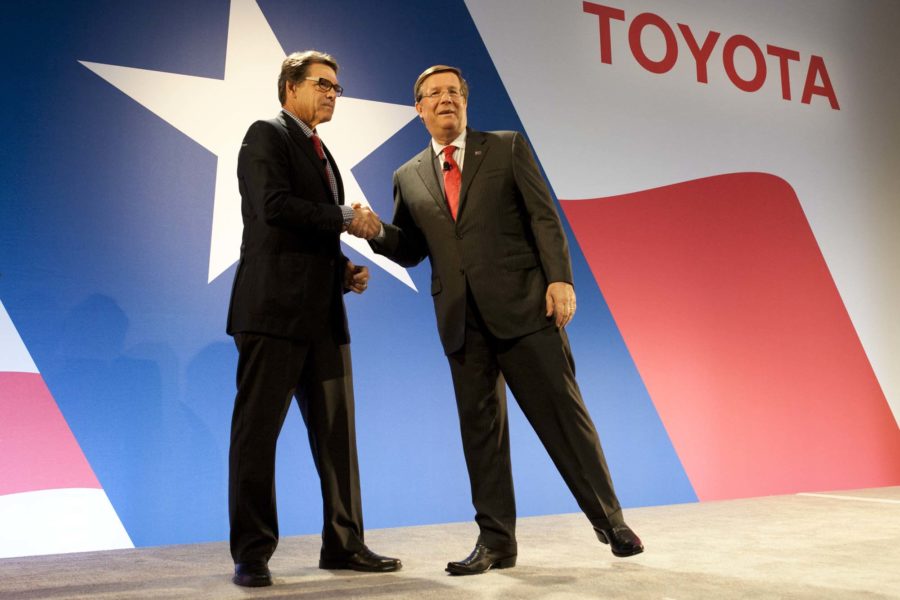 Toyota is one of many companies moving to Texas. Its relocation from Torrance, California is part of a huge commerce and a real estate boom of a magnitude that the DFW suburb hasn’t seen in decades. The move is bringing an influx of families to the area seeking quality schools, including ones in the district.

“Toyota is relocating a great many of their services and employees to Plano,” assistant principal Bruce Coachman said. “They have been hosting what they call Toyota waves, where each week they have invited families part of the Toyota employment to the Westin hotel. What they’re doing is letting (the families) stay a weekend, and allowing them to look around the area for the purpose of finding housing and schools, and to just get acclimated to the area.”

The “waves” are hosted twice a week near the future headquarters location in Legacy Park , and feature booths from surrounding school districts and municipalities for families to visit to learn about what each area has to offer.

“Each district has representatives, usually from the board or the administration to answer questions,” Lovejoy ISD Curriculum Specialist Stacey Dillon said. “The families get information from these representatives, set up tours, etc.”

Even if a family potentially likes the district and surrounding area, it does not ensure they will move.
“The employees will be made an offer if it turns out they want to move, but it will not necessarily be the same position they had at the other location,” Dillon said.

Families are searching in the area now, but won’t necessarily move immediately.

“They’re not moving for the next couple of years,” Coachman said. “Right now they’re figuring out the logistic side of things, where they would potentially live and send their kids to school, and see what fits them the best.”
The waves will likely continue for a while with numerous families already taking a look at the Lovejoy ISD.

“We have had several visits, around 5-10,” Coachman said. “We don’t have students coming to the district yet, as they won’t be moving for 1-2 more years, and at that time may decide to stay in their current location.”