And they’re off: track begins season 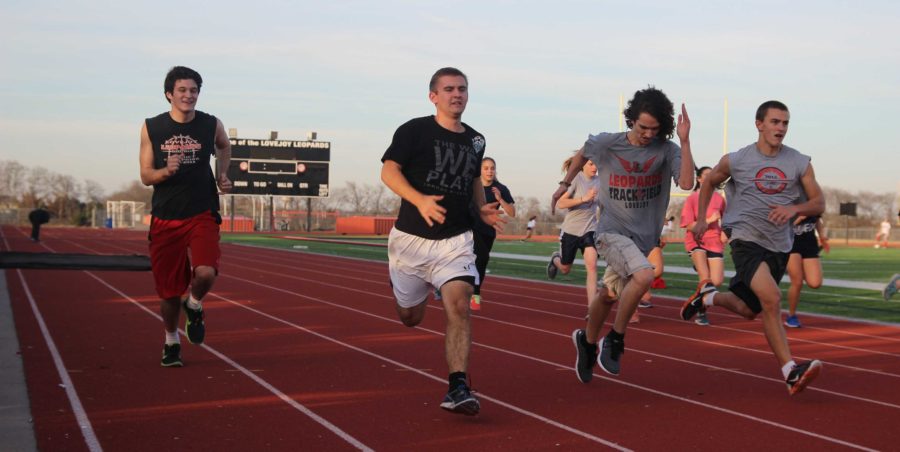 Track is officially in season and the track team has added multiple coaches and athletes to coach and compete in events like high jump, 100 meter dash, one mile, 4x400 meter relay, and discus.

Whether it’s pole vault, hurdles, or even long jump, track has a multitude of events that feature a variety of athletes. Now after week upon week of preseason workouts, the team’s season begins Saturday in Fayetteville, AR.

“Our first actual track meet will be the Arkansas High School Indoor Meet on Jan. 17,” head girls track coach Logan Kelly said. “This is a traditional meet that our school has participated in every year in the past. Also, we’ve began after school practice since our return from Thanksgiving break which has been going well.”

In years past, there was one head coach for the entire track and field team, but this year things are different as Kelly heads the girls program while Shawn Purcell leads the boys.

“I am very excited about the 2015 track season,” Purcell said. “We have some very talented athletes returning from last year’s team. Establishing a hard work ethic in combination with a strong workout program should produce a very competitive team come spring time.”

While the eyes of most people will be watching the track and field athletes, there are new additions to the coaching staff besides the head coaches.

“We have several new coaches joining the track program this year,” Kelly said. “Coach [Tom] Mills will be in charge of throwing events. Coach [Philip] Murray has already started practices for pole vault in the mornings and has a good group of girls that are practicing. Coach [Brianne] Groth will be the assistant for the girls helping with various coaching duties and assisting with jumping events. Coach [Greg] Christensen will continue to coach the distance runners. Coach [Justin] Kauffman will also join our practices once basketball season is concluded.”

All the changes in the track and field program have attracted the attention of newcomers.

“This is my first year being involved with any kind of track or field event so I look forward to starting here,” freshman field athlete Colin Engbrock said. “The team has added a lot of different coaches and has separated between boys and girls, so I’m interested to see how it actually all comes together.”