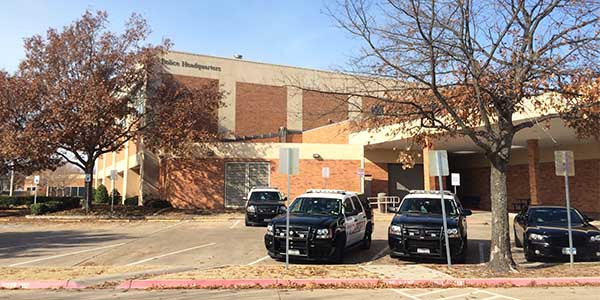 Recent break-ins held at gun point in Allen have caused unrest and concern for the police department and residents.

Allen was recently voted one of the safest cities in the nation, but two home invasions in the last week may jeopardize its reputation. Three suspects in ski masks and gloves entered two homes on Saturday night between 7 p.m. and 9 p.m. and bound the victims while searching for valuables in the home.

Although the invasions were connected, the suspects changed their methods between the two break-ins.

The victims, bound with duct tape and held at gunpoint by the suspects, were terrified.

“There was a knock at the door and we thought it was our friends, so my son opened the door,” one anonymous victim told WFAA. “They just pushed him aside and three people came in and they just tied us.”

Although the victims are quite shaken, no major harm came to them.

“The good news is that no one was injured, although they’re a little traumatized,” Felty said. “All things considered, things could have ended much worse.”

“[There shouldn’t be any more invasions in Allen], as we have all but one suspect in custody,” Felty said.

Although the suspects have been apprehended, the Allen Police Department still recommends that residents take extra precautions to prevent future incidents.

“First, always close your garage door,” Felty said. “Second, make sure all exterior doors are always locked. And third, if anyone knocks or rings a doorbell, don’t open it immediately. Check and see who it is before opening the door. If you don’t know the person, find out who they are and what they want before opening the door for them.”