The season stops for seniors 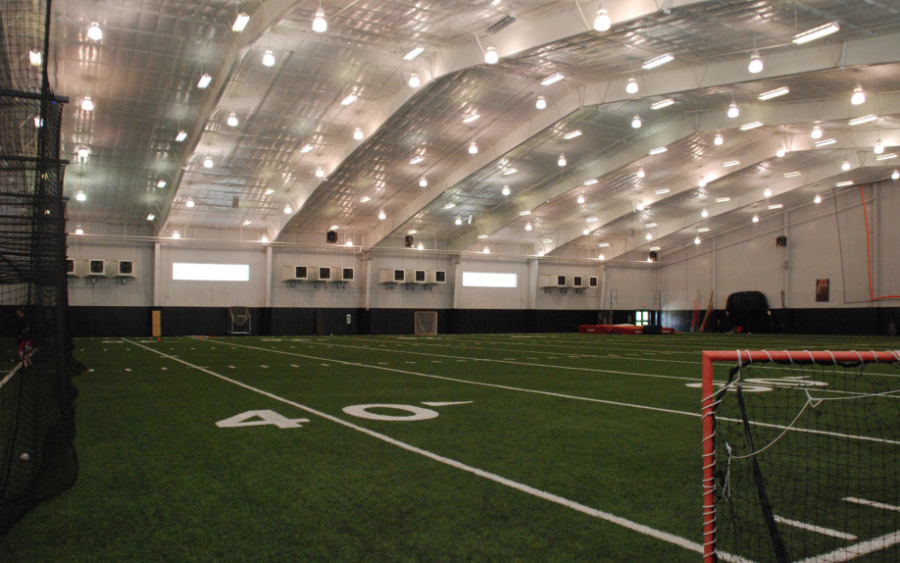 On most days, the indoor facility is a hub for sports teams, but after seasons end, it's left quiet. Athletes are left without a sport and seniors take part in a pseudo-study hall.

With the start of winter, the seniors’ list of lasts becomes longer. Last home football game, last volleyball game, last homecoming. But even though the season is over for athletes involved in falls sports, the players are still technically enrolled in that sport for the rest of the year.

“The seniors don’t really have to do a whole lot [during volleyball now] to be honest with you,” head volleyball coach Jason Nicholson said. “They come and help do various things here and there but they have it pretty easy from now until the end of the semester. They have to check in so I can know what they are doing but they have a whole lot of freedom. They got rewarded for their 10 years in the program at this point.”

For some senior members of the volleyball team, eighth period means no more practice.

“I got a membership at membership to Fitness Connection,” senior Hannah Field said. “So [during volleyball] I go work out and then I come back to pick up my brother.”

“I do not have more free time and I am actually more busy with club volleyball,” senior Emmaline Stockton said. “It’s actually kind of hard now but I mean I like it still.”

Things are also different for football players, but for some, the end of the season means the start of another.

With football practice often coming before and after school along with a game virtually every Friday night, the end of the season can free up a lot of time in a senior’s schedule.

“[With all of my free time] I recently got a job delivering pizzas and that’s what takes up most of my time,” senior Tommy O’Conner said.

Extra time is appreciated by virtually all senior athletes.

The thought of not suiting up for the Leopards makes many of the seniors emotional.

“It’s sort of a sad feeling because those Friday nights are so special with the lights and the atmosphere,” Tucker said. “It’s just a big change.”