School district on alert for Ebola 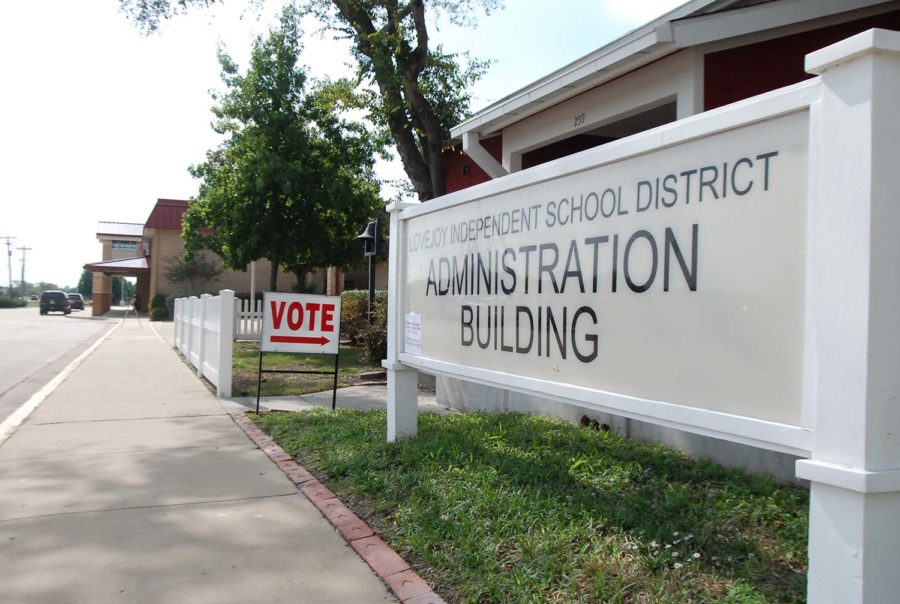 After the first Ebola case in America, the school board immediately met to discus the disease control protocol.

After the first American case of Ebola, many were confused and nervous about the prevention and containment of the highly contagious disease. However, with Ebola on Texas soil, the community has been left even more worried than others.

“I think to say that Ebola has everybody a little bit nervous and a little bit unsure of what’s going to be happening or what could happen is an understatement,” school nurse Jeannie Haines said. “Actually having some cases of Ebola in our Dallas area has everyone on alert as far as health concerns, and what is happening in our community, and what we might be able to expect and for sure what can we do to prevent and manage.”

In order to ensure the safety of families from Ebola or any other virus, the school district has established a specific disease control protocol.

“As soon as there was a case in the Dallas Fort Worth metroplex, we began to do the research and some planning,” superintendent Ted Moore said. “We haven’t actually sent [the protocol] out because there hasn’t been an incident that was close enough, but we have it ready if we need to do that.”

The district put together the protocol and put in the extra hours in order to ensure public safety.

“An ounce of prevention is worth a pound of cure,” Moore said. “We know the science is really clear about this virus, we know how it’s transmitted, we know what the incubation range is, so it makes sense for us to do as much as we can on the front end to lower the incidents or lower the likelihood of additional risk for everybody. We do this work for safety and to stack the odds in favor of health and safety as much as possible.”

Currently, the district does not feel the need to take significant action, but will instead use the standard health precautions followed throughout the year.

“Well, honestly, the good standards that we talk about and practice every day in the healthcare world are always going to be the first place to start,” Haines said. “We are going to continue to use our same standards. Our standards are set on the CDC guidelines, the Texas health guidelines, and then we have some community physicians that also help review our guidelines so that we know we always have the best guidelines in place.”

If anyone in the district had contact with anyone being monitored for Ebola, the school would begin taking steps toward sanitation and containment.

“You understand that the people being monitored are very low risk,” Moore said. “But even if it was somebody that was extremely low risk, if we knew anyone in the community had contact with them, then we would begin our communication, additional cleaning, and any other steps that were appropriate.”

The first step would be isolating the exposed person, then the school would begin sanitizing all affected areas.

“Currently our custodial staff two days a week use a germicide that really is to kill any type of viruses whether it’s the flu season or Ebola,” nurse coordinator Stancy Fuller said. “They definitely would increase the amount of the germicide they use and we would contract with an agency that would come in and disinfect everything. We also have a supply, for lack of better words, of the hazmat suits you see, so if for some reason there was reason for us to do a disposal, we would have that material to be able to dispose of whatever we needed to.”

If a student came into the nurse’s office with Ebola-like symptoms, the protocol would be the same as any other nurse visit.

“Well of course I would ask them, ‘Okay, what’s going on? What doesn’t feel good today?,’” Haines said. “I would start with my general assessment, which is to take their temperature first, then if they got a fever, talk about what the rest of the symptoms are, and then if it was something of concern, then kinda say ‘Hey have you been around any other sick people?’ There are several ways to ask that question that maybe aren’t as intimidating as ‘Have you been by Eboli?’ If it looked like Ebola I would use the same protocol because it might be the flu, or present as just a type of respiratory illness.”

Despite student wishes, the district does not plan on closing due to Ebola, even if a case did come up.

“If we we are going to set a barrier up and keep someone out of school, you would keep the person exposed out of school, not the general population,” Moore said. “School would continue as normal.”

If a student did need to be removed from the school setting, their education would not stop, but would instead continue through technology platforms.

“If we had a student that had to be quarantined, then really we would look at how do we leverage technology to continue to keep their education going,” Fuller said. “We have some formats in which we can do that. If they have to be at home, definitely there are some ways that they can come in remotely and still hear the lectures and continue with their learning.

While under quarantine, a student could use Google hangout, or a newer more innovative robot called vGo. This technology would allow the student to still fully participate in their education while staying home.

“The vGo can maneuver down the hall, but remotely someone can use an iPad or computer and see where the robot is at,” Fuller said. “So if they are in a Spanish class, they can see the Spanish teacher, they can even remotely ask questions and still interact with the instructions going on.”

The district is willing to do whatever necessary to ensure public health and safety throughout the community, not matter what the challenge.