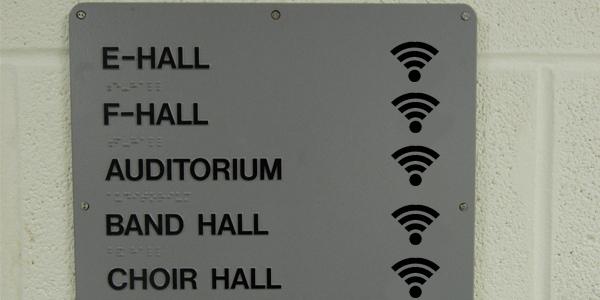 The school is now equipped with WiFi, giving students and teachers the ability to connect to the internet all over campus.

An inconsistent Wi-Fi signal on campus is a common complaint among students and staff, but now the school’s technology is taking a leap forward. Classrooms throughout the school are receiving Wi-Fi hotspots and new overhead projectors courtesy of the bond election that provided money for technology upgrades.

“The projectors and wireless access points at LHS were first in line to be replaced,” Lovejoy ISD director of technology Tina Phillips said. “We were still using the equipment that we opened the campus with in 2006. We will reuse some equipment for other, less demanding purposes.”

With cell phones being used more in classes and the growing number of digital devices on campus, increased Wi-Fi coverage seemed to be a need for many.

“I think that [the Wi-Fi hotspots are] an amazing idea, especially since students will be able to access Google Drive on their phones or laptops without having their parents getting on to them for using data,” sophomore Chrissy MacQuilken said. “If there is a flaw in this plan, it’s not as big as the list of advantages.”

The E-Hall, where the fine art and technology classrooms are found, had long presented the particular problem of struggling for service because of its windowless position in the school.
“The wireless access points will be placed according to an engineer’s design for best wireless coverage of the campus,” Phillips said. “The density of users and building design was taken into consideration in the placement of access points.  Not every classroom will receive an access point, but each room should be adequately covered from one in a neighboring area. We anticipate the wireless project to be complete sometime [this] week.”

The projectors in each classroom have also been replaced by Epson Powerlite 98’s, which are brighter and provide new network capabilities while also saving energy.

“I really like the new projectors,” Ready, Set, Teach! teacher Amanda Gulley said. “They seem a little bit quieter and I’ve noticed the screen’s been a lot brighter when I’m showing things, so I’ve been very impressed.”