School starts slowly for some 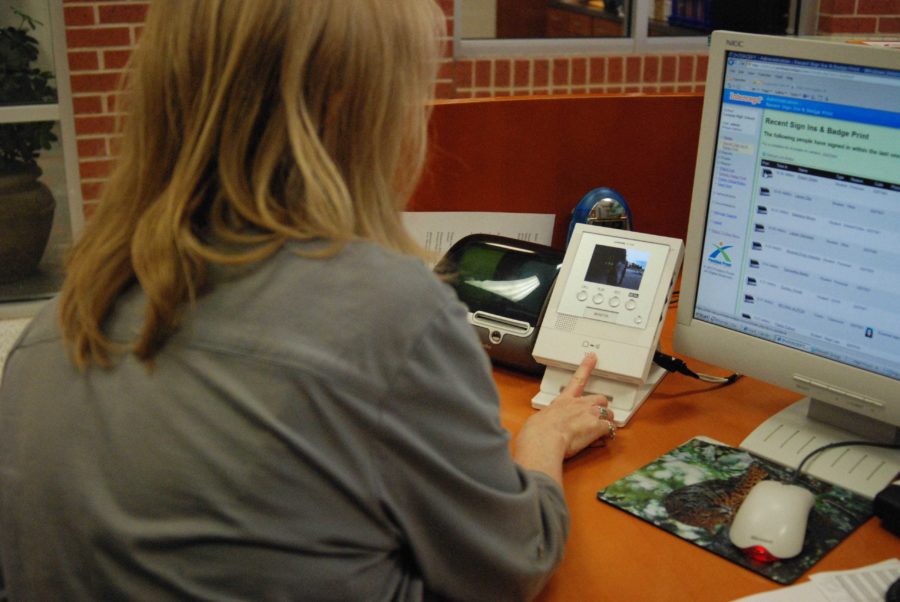 Due to the campus computers being down, employees and students like Rhonda Lloyd had to find other ways to go about their jobs.

The school day came to a slow start for students and teachers needing to use the computers. Due to a server malfunction, the school phone lines, computer logins and Wi-Fi didn’t work. This caused problems for teachers and administration that rely upon the technology in the classroom.

“The issue today is a hardware failure, the blade that feeds the fiber to [the high school] building from central administration is down,” Director of Technology Tina Phillips said. “It is covered under a hardware maintenance agreement, but will likely take twenty-four hours to get a replacement.  Our network administrator is working with an engineer to bypass the defective blade and got [the high school] operational.”

Those that rely on the phones had to find a creative solution, like front office receptionist Rhonda Lloyd who uses the phone to pull students out of class among other things.

Other teachers that rely on computers either had their classes come to a standstill, or had to think of alternate activities.

“Since I have a computer lab, when the internet does go down I always have to have a plan B, it’s usually something like a problem solving game,” animation teacher Ray Cooper said. “It’s the way is it here at Lovejoy in this day and age. Back in the days when we didn’t have the internet, a similar situation would have been when the copy machine went down, you just kind of roll with the punches.”

There are still some problems with the computers such as internal servers used in the E-Hall, however the issues are slowly being remedied with help from tech support at the central administration building.

“It might get frustrating if it was an all day thing, or continued through the week,” Cooper said. “But you just have to roll with the punches and stay positive.”