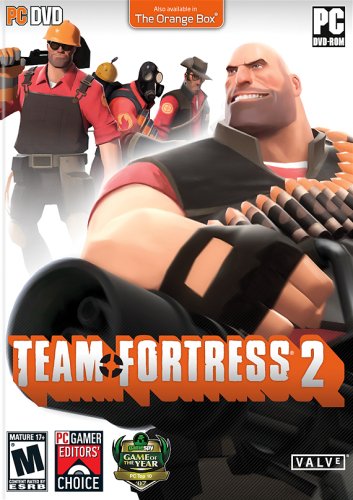 A fairly new concept on consoles, but a veteran in the PC gaming community, are free games. These games are usually of the same caliber as paid games and are extremely fun, but there are many that are not worth even looking at. In the sea of bad free games that are usually dominated by buy-to-win games, here are a few that are worth the time.

Dota 2 is one of the biggest games in the industry as of late, spawning “professional” players from all over the world. That said, the game is actually fun, but the obsession over it has led to people spending up to $80 for one in game item on the Steam Marketplace. The game is worth playing, but it is fair to note that 90 percent of the online players don’t speak English.

The only free-to-play game on this list that is not available on Steam at the moment, World of Tanks and it’s subsequent spin-offs (the lackluster World of Warplanes and the awaited World of Warships) are fair and fun to play without buying anything extra. Players can buy in game “gold” with real money, but the gold is mostly used to buy premium memberships, decals for tanks, and exclusive premium tanks. Never does the player feel like these so called “premium” players are overpowered and making the game unfair, and that alone is a big reason to check out the game.

War Thunder is a fantastic game that has ten times the content of some big budget games. Players can fly planes and now drive tanks (battleships and infantry will be added later) from any major player in World War II online with friends. The game has very pretty graphics, great gameplay, and a microtransaction system that, like World of Tanks, keeps the game balanced and fun for all interested parties.

Heroes and Generals is probably the newest game on this list. The game was on Steam Greenlight for about a year, but was released on the store only in early August. In the game, players take the roles of either an American or German Infantryman late in World War II. As players progress up the leveling system with their character, they can choose to play as a tank commander, a paratrooper, a pilot, or, at the highest level, a general. Like the above mentioned games, Heroes and Generals does have a large microtransaction system in place, but it is used only to buy guns and premium memberships. Levels cannot be bought.

Nowadays, Team Fortress 2 is almost a classic in the PC gaming library. It is a must have for any PC/Steam owner. Real money is used to buy items for the eight characters in the game, like hats, guns, and other customizations that only add to the cosmetic feel of the game. Like Dota 2, some items have gone for hundreds of dollars on the Steam Market. Combat is a fast paced, class-based system, with each class having different perks, weapons, and items.