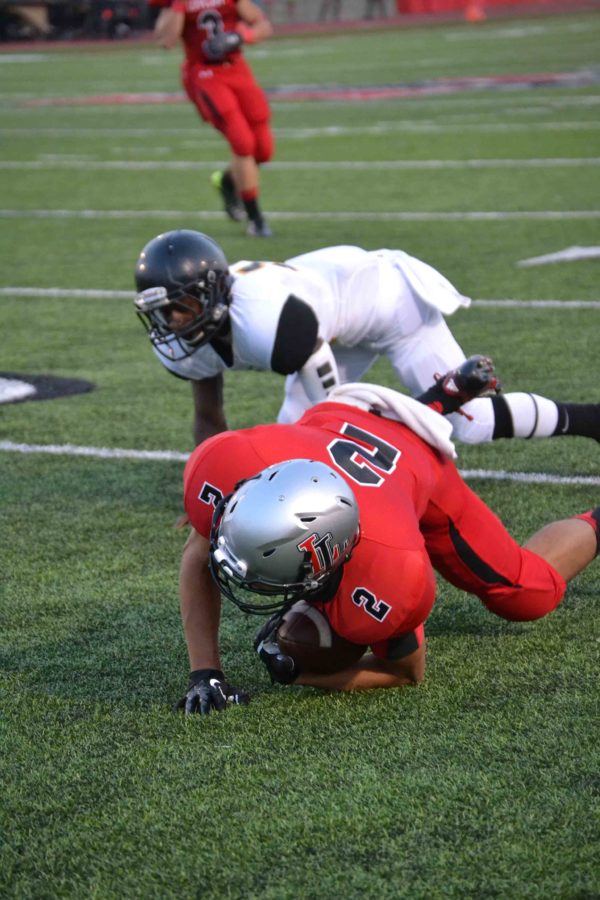 Getting a college scholarship in football used to mean nothing more than playing well on Friday nights. However, with Texas one of the nation’s most fertile recruiting grounds, the competition for scholarships has become fierce. Because of this, a majority of colleges provide a one day or sometimes a weekend long camp so more players have a chance to be noticed.

But instead of providing instructional time, the camps are more similar to a combine. The coaching staff tests each athlete in multiple categories including the 40 yard dash, vertical jump, three cone drill and other measurables.

“I think they will help me get noticed, because even if the larger schools aren’t interested they will always have smaller college coaches come in and coach us, so it gives us national exposure,” Metzler said.

For those looking to stay a little close to home, the University of Texas A&M at Commerce is hosting a camp here on campus on June 25.

“The benefit [camps] have for high school kids is that it allows those coaches to see [players] first hand that maybe they may not have seen on film,” assistant football coach Brandon Villareal said.