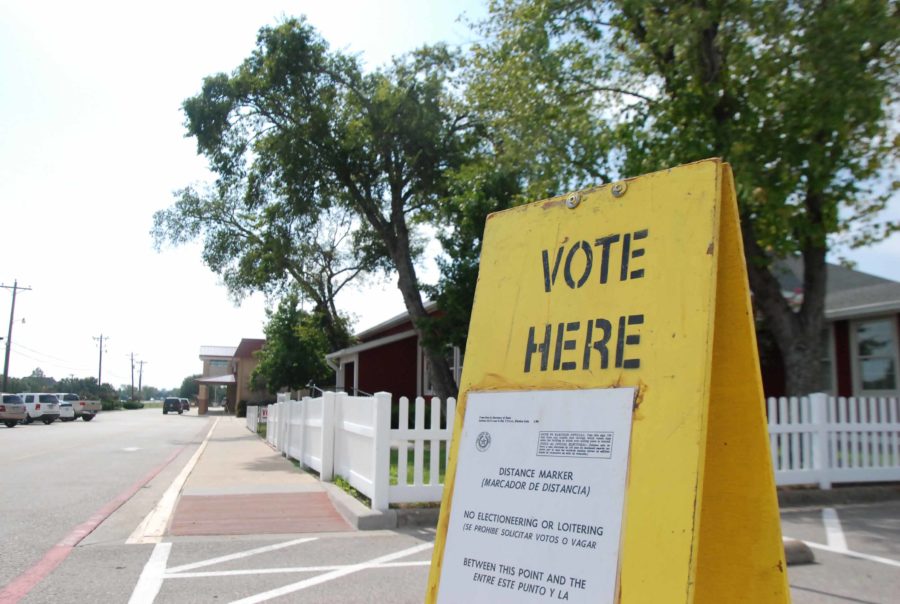 Voting over the possible bond will take place in many locations throughout the community.

Deeply divided community members will be voting on a $76 million bond May 10, which, if passed, will allow the district to accommodate the projected increase in student enrollment by constructing new classrooms, athletic and fine arts facilities and maintaining present facilities through remodeling and replacing facilities.

The bond proposal for the election is the same as the rejected proposal in Nov. 2013, except that the bond has been broken into two parts, Proposition 1 and Proposition 2. In the Nov. 2013 bond election, 49 percent of 3600 residents voted in favor of passing the bond but it failed by 21 votes.

According to the Vote For Lovejoy Facebook page, only 37 percent of voters in the district cast their ballots in the Nov. bond election, and of those, 70 percent did not have children currently enrolled in the district.

Should the bond pass, the district will sell bonds by borrowing money that will be paid back with interest using the money generated from the increased tax rate for district residents. By law, the bonds may only be allocated towards capital projects, such as buildings, land and equipment, and not towards regular operating expenses, such as employee salaries and utility bills at the district’s campuses.

“Lots of misunderstanding exists about Texas laws regarding the borrowing and repaying of funds with tax dollars in order to build classrooms and other facilities,” Casey said. “The only option for schools to build additional facilities is to issue school bonds that will be paid for by both current taxpayers and future taxpayers. I hope all voters will get accurate information before casting a vote.”

The need for expansion in the district is urgent according to the school board as the district demographer has released predictions that the district will increase by about 2000 students in the next ten years.

“[Issuing the bonds] allows a school district to spread out the responsibility to pay for facilities among our current residents as well as those future residents whose children will also benefit from these facilities,” Casey said. “There is an urgency to build facilities when they are needed so that current students and their families will benefit from the use of those facilities.”

Should the bond be approved by voters, annual taxes for residents are projected to increase between $21.25 and $146.25 with residents over the age of 65 exempt from the proposed tax increases. Some of the proposed areas of funding of Proposition 1 and 2 include an enclosed, above-ground training pool, a laboratory for Science, Technology, Engineering and Mathematics (STEM) students, technology updates, classroom additions and updates to the art classrooms.

Two PACs (Political Action Committees), groups that raise money and make contributions to political candidates and campaigns, have been formed by residents advocating for and against the bonds. In addition to the pro-bond group, Citizens for Lovejoy, a group encouraging residents to vote against the bonds, OK to Vote No, has been formed.

Both PACs have received donations from contributors outside of the district: Citizens for Lovejoy recently received contributions of $1,500 and $2,500, respectively, from McKinney-based Pogue Construction and PBK, an architecture firm based out of Houston. OK to Vote No’s largest contributor is a San Antonio-based super PAC known as Accountability First, which donated over 70 percent of the funds in the fall bond election, according to a campaign finance report obtained by WFAA last fall.

“$76 million is a lot of money, and it exhausts our capacity to borrow for the next ten years,” Tom Redman, leader of the OK to Vote No campaign, said. “We aren’t against all bonds, but this bond is too massive and ill-defined. We would like to see the school board reduce the amount to around $20 to $30 million that can address immediate needs. The only way to achieve that is to reject this bond for a real redo.”

A former educator who holds a lifetime teaching certificate for Secondary Mathematics and a Master’s degree in Computer Science, Redman hopes to increase transparency in the district’s finances, promote fiscal responsibility and to keep taxes low for residents, and hopes that the district will adopt another proposal that focuses more on academics and that has less “wasteful spending” on extracurricular facilities.

“Our group is made up of parents who want the best education for our kids, community leaders and taxpayers,” Redman said. “We support bonds that are clearly defined needs and believe the best way to take care of our kids is to be sure that we can raise capital to address future needs in an uncertain world.”