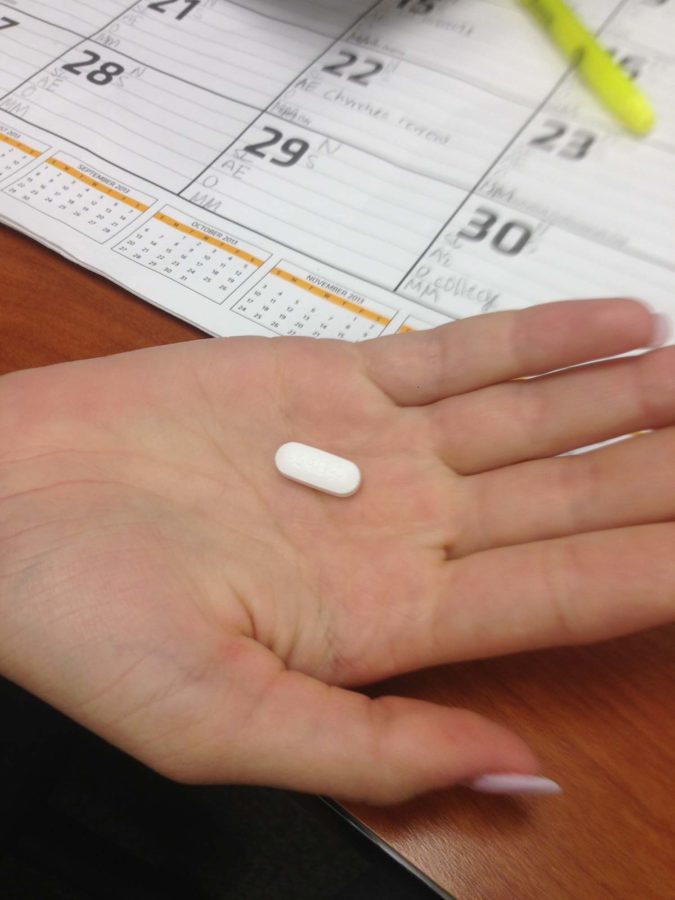 Many students who are under a great amount of pressure academically have started taking stimulants in order to help them focus and stay awake.

High achieving high school students are infamously known for working on schoolwork and extracurricular activities well into the night and early morning hours. For some, the drive for success can overshadow one’s physical and emotional health causing them to use dangerous  unprescribed medications or supplements to increase activity levels.

“[Abusers of stimulants] are putting added pressure onto themselves to be successful at a higher level and the risk is dependency, or addiction,” licensed professional counselor Kelly Hoxsey said.

Society’s perception of drug users is often that of a ‘troubled’ person that recreationally uses crack cocaine, heroine or molly to experience life in a heightened sense for partying. This image is often the furthest thing from that of a hard working AP student.

“I think of a drug user as someone who doesn’t really go to class and skips school all of the time,” sophomore Carol Xia said. “Someone who is like a stoner and does drugs all of the time.”

Many wouldn’t think of a drug abuser as someone who is a high achieving student and leader in and out of school. However, this type of student can feel intense pressure to achieve, pushing some to a pill. Medication that is typically prescribed to people with attention deficit issues like Adderall can be manipulated to give a hyper-aware high to those who are not prescribed the medication.

“Stimulants are prescribed for people who need help with staying focused and centering their attention to stay on task; that is what they are intended for,” Hoxsey said. “People who abuse them are wanting a higher level of performance.”

The effects of stimulant use can range from not sleeping to being overly aware of everything. As time goes on, symptoms of abuse such as dependency, mood swings, loss of orientation of time, poor concentration and stomach pains are likely to occur.

“If you suspect a friend or classmate is abusing this type of stimulant they will often observe sleeplessness, irritability, random surges of energy then crashes, and a loss of appetite,” Hoxsey said.

Though abusers of medication for stimulating purposes can be unsuspecting due to their drive to succeed, there are things that you can do to help someone on non prescribed, stimulant medications.

“If you think that you know someone who is using a stimulant talk to a teacher, counselor, parent or adult,” Hoxsey said. “Talk to the person so they know you are concerned about them and want to help them get some help.”

The abuse of a medical stimulant can be identified by uncharacteristic behavior. There is a more serious threat than not sleeping: becoming highly addictive.

“There is a risk of dependency because stimulants are addictive and [abusers] can become dependant on them as well as diminishing their own opportunities to learn how to self operate so they may have peak performance without it,” Hoxsey said. “They are training their bodies to need it and creating the dependency.”

There are also many legal ways students achieve the buzz. Although these methods may be more readily accessible and attainable, they can be harmful as well.

“Honestly if a student uses an [energy drink] for awareness it is not a good idea,” school nurse Jeannie Haines said. “There are many cardiovascular effects and they can also absolutely wreck sleeping patterns. In some people there is even a neurological impact.”

The effects of energy drinks or caffeine can have some quick and alarming effects on adolescent and adult bodies.

“Anything more than a strong cup of coffee is not the best idea,” Haines said. “A really good example of a problem with an energy drink that happened here would be a student that stopped on the way to school to get an energy drink and donuts. They felt good initially with all of the caffeine and sugar, but then in about an hours time when her blood sugar dropped rapidly she actually fainted. Her heart rate was extremely high and she was not getting enough oxygen pumped to her brain. That is just what can happen with caffeine and sugar.”

There are many cardiovascular symptoms as well.

“Students on campus will take medications that are not prescribed to them or even an over the counter like No Doze and will start to feel heart palpitations” Haines said. “They will come down to see me. If your heart is beating too fast, you can definitely not think straight.”

Rather than involving one’s self in supplements to keep awake or productive Haines suggests other methods.

“Good study results can be more so achieved when you get some good rest, and try to stay hydrated and eat some good protein foods; stay away from carbs and quick carb sugars because thats what makes your blood sugar go up and down and can change your neurological status,” Haines said. “Don’t rely on meds or high energy drinks with way too much caffeine and sugar in them. Neither of those things are good for anyone.”