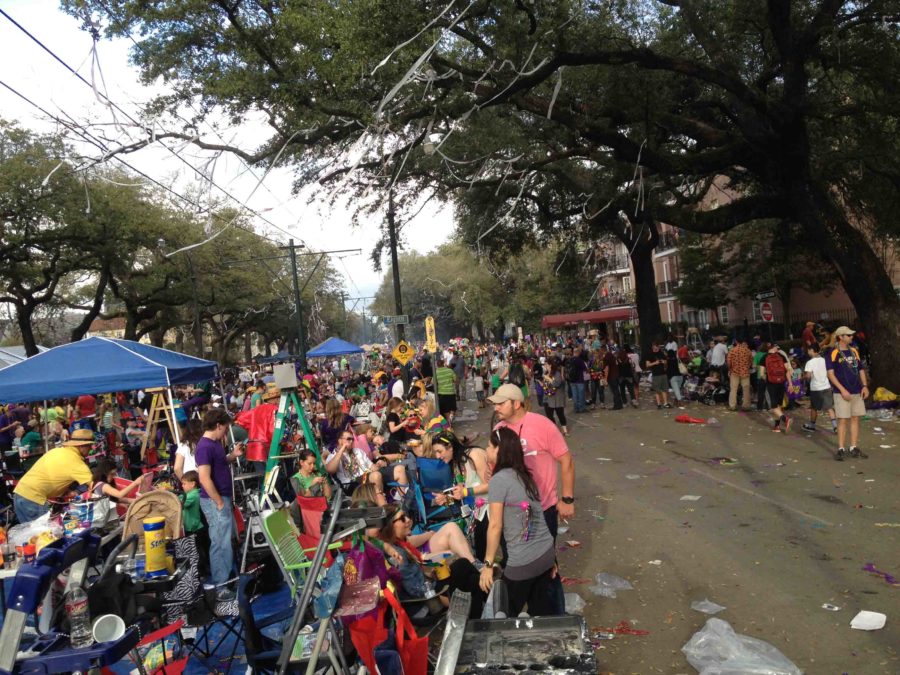 The streets of New Orleans are lined with thousands of people as part of the annual Mardi Gras parades. An average of nearly one million people attend Mardi Gras in New Orleans each year.

Celebrated by millions around the world, perhaps no place is more famous than New Orleans for Mardi Gras celebrations. The last day before the beginning of the Christian observance of Lent, Fat Tuesday marks the end of Mardi Gras.

There to witness it all, The Red Ledger’s Hallie Fischer. In the following SoundClouds, she shares some of the sounds of Mardi Gras.