Soloists can’t do it alone 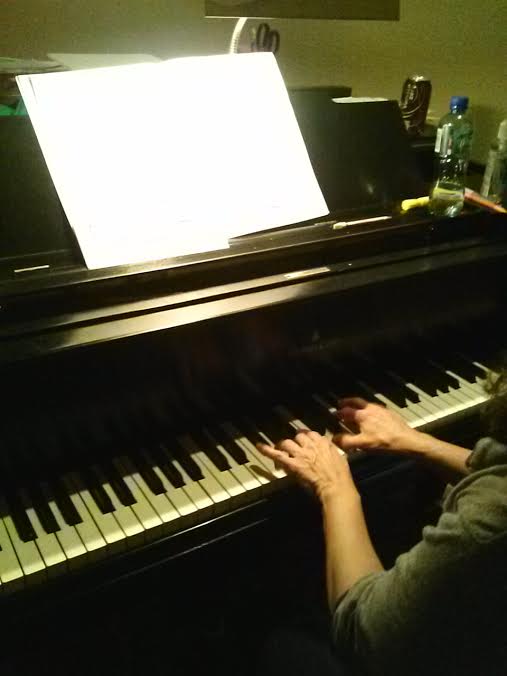 UIL soloists get help from accompanist who devote a lot of time and effort to help the soloists be successful.

UIL choir solo and ensemble contest season is in full swing with a competition this Saturday at Plano East. However, soloists and ensemble members are not the only ones perfecting their pitches. Often overlooked, piano accompanists for soloists are preparing multiple pieces for multiple people.

Accompanists preferably receive the student’s piece months before the contest and practice multiple times with the soloist to ensure that nothing goes wrong.

“Remembering each person’s different tempos and what they do is stressful,” Dyer said. “And also making sure I have the right music and that it’s big enough to read, and nothing gets cut off at the bottom of the page. Just technical things like that have to be taken care of.”

Roslyn Gianonni, a piano teacher, LISD resident, and former accompanist of the school, has experienced the trauma of messing up while competing.

“I was accompanying Kooper Underwood, an alumni of Lovejoy, in vocal solos,” Giannoni said. “I went to turn the page on one of his pieces, and the pages were mixed up and so I started playing a different page than he was singing and I was just flabbergasted. Thank goodness we had a wonderful judge, she was just great, and she realized what had happened. We couldn’t even go on, we had to stop. And that’s a big deal, you’re not supposed to stop or anything during the competition. She was so gracious that she let me fix the pages and start all over. He got a 1, which was great, but it was just pretty embarrassing for me.”

Typically, accompanists have been playing the piano since childhood.

“I’m absolutely in love with piano. I just happen to believe musicality is a gift our family has,” Gianonni said. “90 percent of my family is musical, my sister and I have the same music degree from the same school. My brother is a writer/ composer in Nashville. Piano is pretty much what I eat and breathe.”

While Gianonni focuses mainly on giving piano lessons, Dyer has been accompanying the school choir for consecutive years and has accompanied solo and ensemble consistently for 30 years.

“I guess I’m in love with music, since I’ve been doing it for so long, but the piano can get tiring after a while,” Dyer said. “My mother was my first inspiration since she was so good.”

Although being an accompanist isn’t easy, the results of the soloists are worth the time spent preparing.

“Watching people do well, the happiness they get after they’re done, that’s the best part of it,” Dyer said. “Especially in solo and ensemble; seeing them have a good reaction from the judge, it’s a great thing, it makes it all worthwhile.”