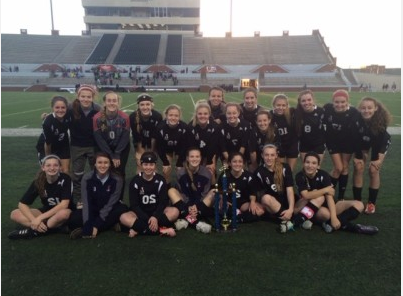 The Lady Leopard Soccer team became the champions of the Vernon Newsom Classic Tournament after a victory over the Lake Ridge Eagles.

The season may still be its infancy, but the girls soccer team is off to a solid start.  Taking part in the Vernon Newsom Classic Tournament in Mansfield, the varsity squad beat Mansfield Lake Ridge 2-0 to claim the tournament championship.

Led by tournament MVP, junior Dom Mazero, the win was the third straight over a Mansfield school as the Leopards had already defeated Mansfield Legacy and Mansfield Timberview.

The team returns to action Friday with a 7:30 p.m. home game against Cedar Hill.