For the love of tacos 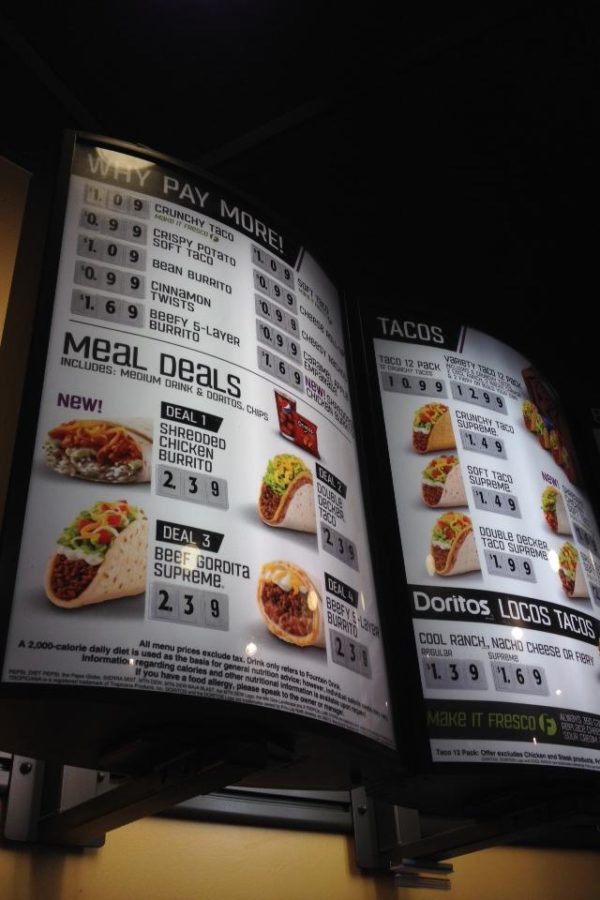 Taco Bell has made some changes to their menu, leaving students disappointed with the slight increase in prices.

Taco Bell lovers in the area are in an uproar over the recent menu changes the fast food chain has made, one of the most disputatious being the raised prices of select items.

“It’s outrageous and now I can’t afford to go there,” senior Autumn Keefer said. “It definitely has put a damper on my mood and I can’t believe they felt that raising prices would benefit anyone.”

Hungry, poor high school students who used to be able to walk in with a crumpled dollar bill and a few sticky coins, fully expecting to leave fed and satisfied, are now having to scrounge for extra quarters to complete their orders.

“I might keep going to Taco Bell, but probably less often,” junior Kinsey Smith said. “I don’t know if I want to pay that much.”

Most horrifying to avid taco consumers is the fact that the revolutions took place silently and quickly, right under their noses. One minute a soft taco cost $0.89, and the next, two entire dimes more.

“That makes me mad that I wasn’t aware of my Taco Bell prices being raised, because I’ve recently had about eight runs to Taco Bell in the past two weeks, so that angers me that I got ripped off,” sophomore Skylar Schexnayder said.