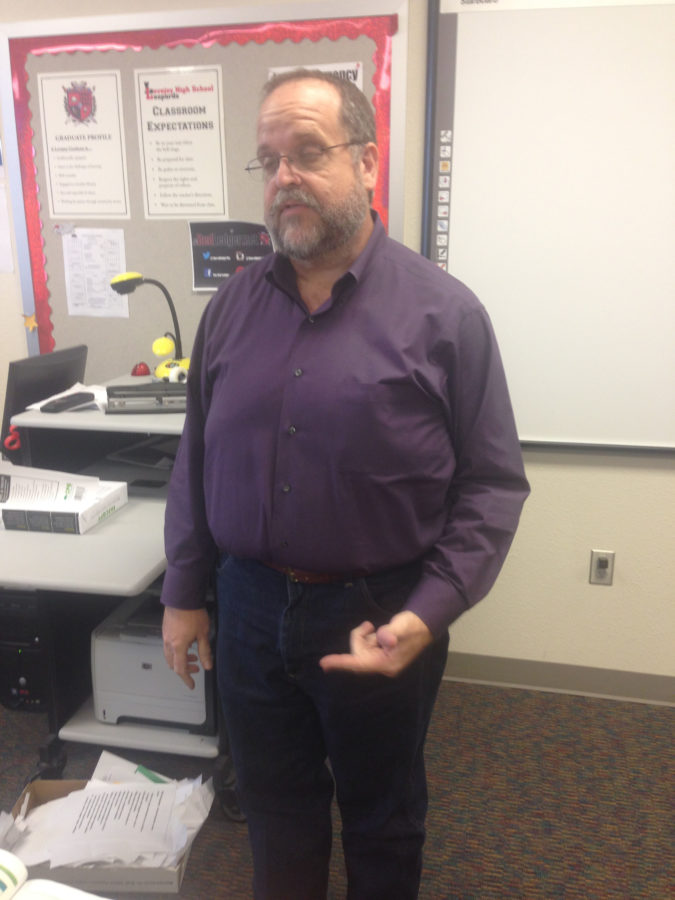 Looking at his classroom assignment, substitute teacher Joel Summers’ used to dread his second-floor room placement. The hindrance of being overweight made the simple task of walking up a flight of stairs so difficult that Summers took it upon himself to get an elevator pass to alleviate the anxiety of making the dreaded hike up to the 200 rooms. That is, until he underwent the Gastric Sleeve Surgery on December 29, 2012.

The Gastric Sleeve Surgery, or the Vertical Sleeve Gastrectomy “reduces the size of the stomach and helps you feel full sooner.”

“They basically removed part of my stomach so that I couldn’t eat as much,” Summers said.

The surgery has many positives.

“Not only does it help you physically by increasing your energy and alleviating pressure off of your respiratory system and your heart, but many have said it benefits them socially,” school nurse Jeannie Haines said.

In addition to the surgery, diet and exercise are also an essential part of successful maintenance of a healthy weight.

“I have to eat a lot more protein and foods with nutritional value,” Summers said.

Students at the high school have taken notice of Summers’ healthier look.

“(Mr. Summers) looks so good!” junior Kaylin King said. “A ton of students have noticed how much smaller he is and I think it’s wonderful that he’s put so much effort into making his life better.”

Even though it’s been almost 10 months since undergoing surgery, Summers is still amazed by the outcomes.

“I have found I have a lot more energy, and when I look in the mirror I still do a double take, because I don’t believe it. I still think I’m a larger person.” Summers said.

Summers no longer struggles with a daily hike up the stairs, but embraces it with his newfound energy.

“It will change your life,” Summers said. You don’t realize how different your life can be in such a short amount of time.”