Off-campus lunch not on the menu 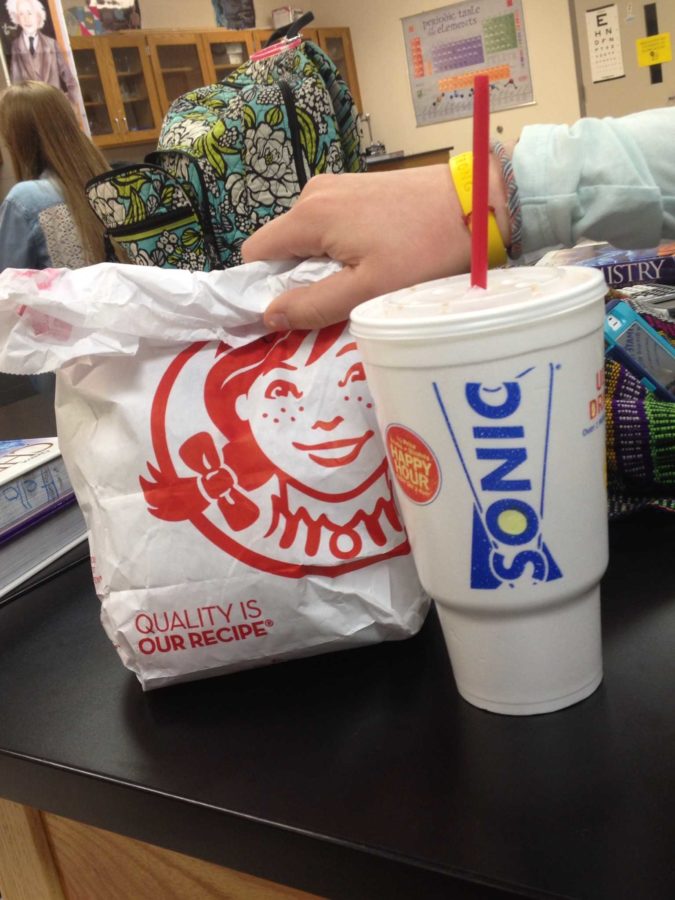 With restaurants like Wendy's and Sonic nearby, many students would like to have the opportunity for off-campus lunch, but as of right now, it's not in the plans for next year says Principal Gavan Goodrich.

Contrary to popular word-of-mouth, seniors will not be enjoying off campus lunch any time in the foreseeable future. Regardless of certain rumors being spread, and some mass wishful thinking, the administration has two major points upon which they rest their case against off-campus lunch.

“Our proximity to other places is a big drawback,” attendance clerk Judy Hise said.  “Every place is so far away that we would have to extend lunches in order for students to have enough time to leave and come back.”

This concern is valid in light of how much schedule changing an extended lunch would bring. However, that is not the only concern that the administration has about off-campus lunch for seniors, or students in general.

“The distance as well as the time constraints could lead to students driving faster and more recklessly in an effort to get back to campus on time,” Hise said.

Safety of its students is among the school’s top priorities.

“It’s not something that we see happening anytime soon, for various reasons,” principal Gavan Goodrich said.  “This school has been around for seven years, and seven years from now there may be an entirely different group of people here who find it as a plausible option.  There are certainly other schools who do off-campus and it might work for us later on down the road.”