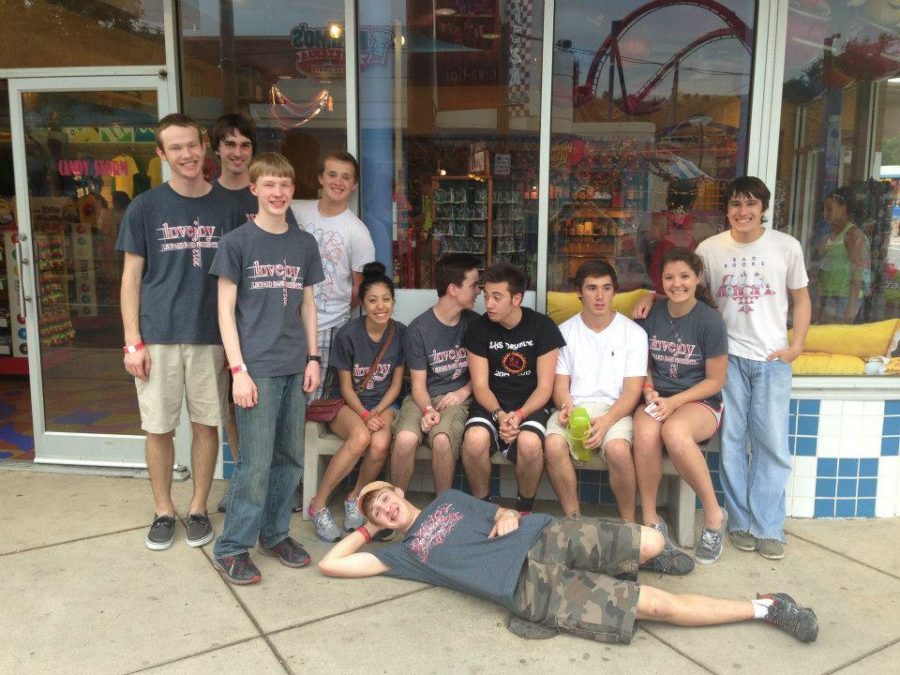 The band trip to San Antonio included a day at Six Flags.

Following its performance at the UIL Region 25 contest, the band program journeyed to San Antonio April 27-29 to compete in the Alamo Showcase of Music hosted by Choice Music Events.

For freshman Brady Ballew, Six Flags was all it took to decide to go on the band trip.

“It was a no-brainer,” Ballew said. “I love band and I love Six Flags.”

Although it was Ballew’s first time in San Antonio, that was not the case for the band as they had already gone two years earlier, in a trip that included free time at the Riverwalk and a visit to Sea World in addition to a day at Fiesta Texas.

Although senior Laura Pitkin went on the earlier trip, she decided to accompany the band as a final gesture of commitment to the band program she had been a member of her entire middle and high school career.

“This was the best band trip ever,” Pitkin said. “We stayed up late playing poker in one of the hotel rooms and it was really fun.”

In addition to late-night gambling, Pitkin went on stage at the Fiesta Texas amphitheater with senior Cecilia Salinas as representatives of the Wind Ensemble and Symphonic Band, respectively, where they accepted “Best in Class” awards for both ensembles.

“Both bands won best in class, even though I thought we were in the same class,” Pitkin said. “Nobody really cares about the competition. Everybody just wants to have fun as a band and go to Six Flags.”

The “Best in Class” awards follow the Region 25 UIL Contest where both bands received Excellent (II) ratings, breaking their streak of Superior (I) ratings.

Pitkin chalks up the Wind Ensemble’s scores to the school’s movement into 4A, in addition to the college-level pieces the performed; “Children’s March” by Percy Grainger, “Give us this Day” by David Maslanka and the Finale from Charles Ives’ “Symphony No. 2.”

“This was the first two I ever received in my life,” Pitkin said. “It was disappointing at first but I’m over it now.”