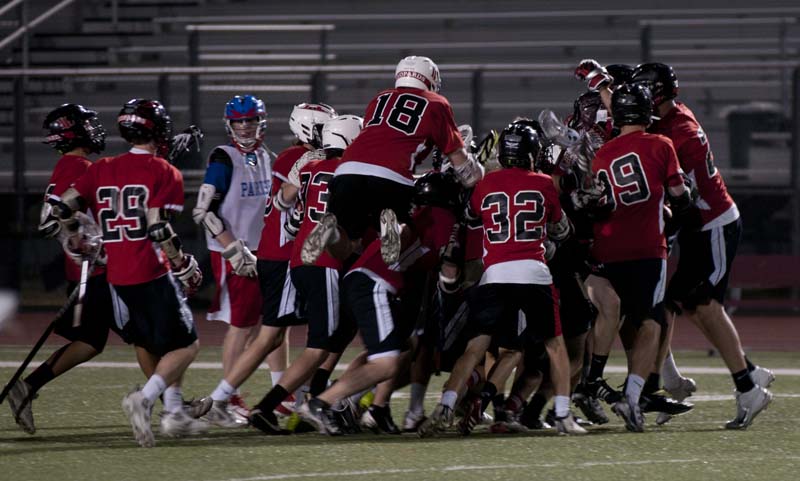 The defending state champions will get a preview of this season as they meet for the first time to discuss what the spring has in store.

With only six Division III teams in the state, the game was a meeting between familiar foes.  The contest took on special significance to Leopard players as the team’s former head coach,  Duncan McCormick left the team in early March to take an assistant coaching position at Parish Episcopal.

“It was really great to beat him, and get revenge,” sophomore Colin Cross said. “We beat him before, but for the state title, it meant so much more.”

The Leopards were up 6-5 with just a few minutes remaining when Parish Episcopal tied the game, sending the contest into sudden death overtime.

Senior Jacob Self put the ball into the net just four minutes into overtime giving the Leopards the win 7-6.

“Scoring the winning goal was the most intense thing I’ve ever felt,” Self said.  “I think my heart stopped beating for a second.”

The intense game was an honor for everyone on the team.

“I’m so happy, we’d worked so hard all season for this,” sophomore Alex Helsley said. “It just feels great.”

Next year will likely be even tougher as the team will be moving up to Division II.