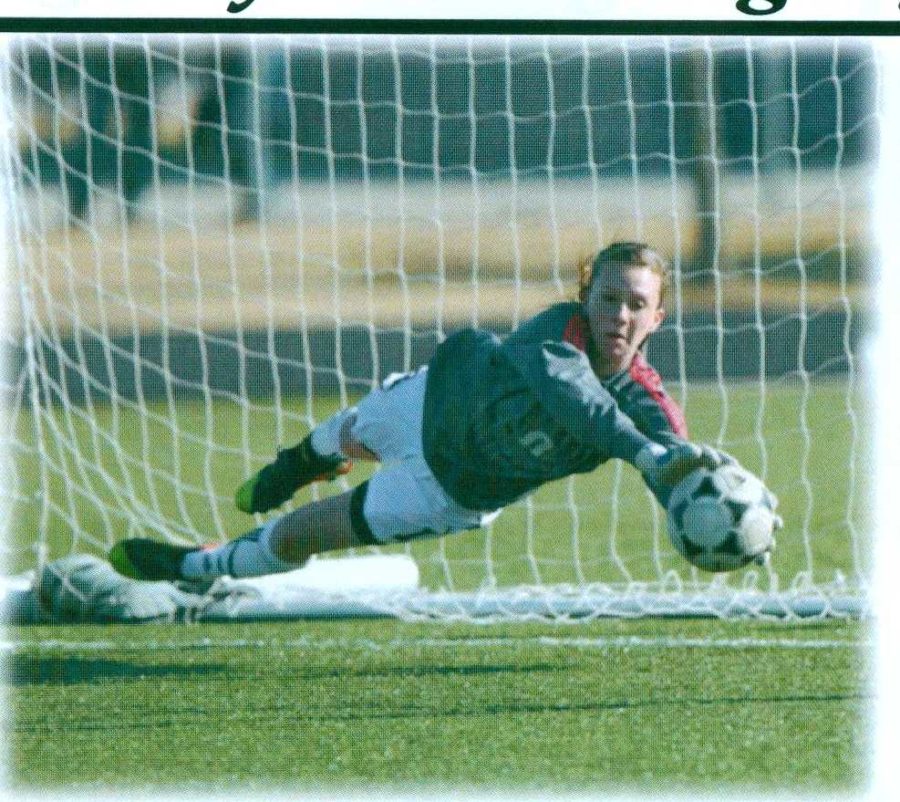 With twelve seniors and almost automatic admittance in playoffs (only having to beat one team), the varsity girls soccer team is hungry and determined to earn a trip to the state tournament.  However, the long road is already seeing a few bumps as the team’s starting goalkeeper, sophomore Olivia Ditmer, is out for the majority of the season with a torn ACL.

“I tore it by just going on one on ones with other player, and I didn’t want to hurt the other girl, and so I stopped, in the middle of a tackle, and slid wrong and it popped,” Ditmer said.

Although Ditmer has just begun to start practicing, her absence could be a problem for the team as Ditmer had their back last year allowing just twenty goals, while being credited with 90 saves last season.

“Last year I kind of built a trust with all the girls, and they trusted me back there, defending the goal,” Ditmer said.  “Now that I’m not there, they are worried about how we’re going to do without someone they trusted. But I don’t think it will effect them that much.”

The team’s success may be contingent upon whether or not they can learn to trust the new goalie, junior Jessica Weyand, while Ditmer is out.

“It makes everybody else a little bit nervous because they had gotten comfortable with Olivia. There was kind of a trust, you know, you want to know what to expect from a player on the field, and they’d gotten to a point where they knew what to expect from Olivia, and know what she was capable of,” girl’s soccer coach Jeff Kear said. “Now, we have to go through the whole thing again which creates a question mark for us, and maybe someone else steps up and does a brilliant job, but we don’t know that until we start playing games, and so there’s an uncertainty that isn’t fun to have.”

Coach Kear is not the only one affected by Ditmer’s absence, the players on varsity also feel the effect of her injury.

“When I found out it was ACL, i was kind of in shock, and scared about what it meant for the season,” senior Emily Silva said. “I think we’ve adapted well to the fact that she won’t be back until March, and our season will be over, and we can’t make her come back, but i think we’ll still do well.”

Despite this major bump in the road, girl’s varsity soccer has quite a bit of talent, and Kear is still confident that the team will do well.

“I think this team is populated with absolute athletic soccer beasts,” Kear said. “I think we’re going to be ok.”